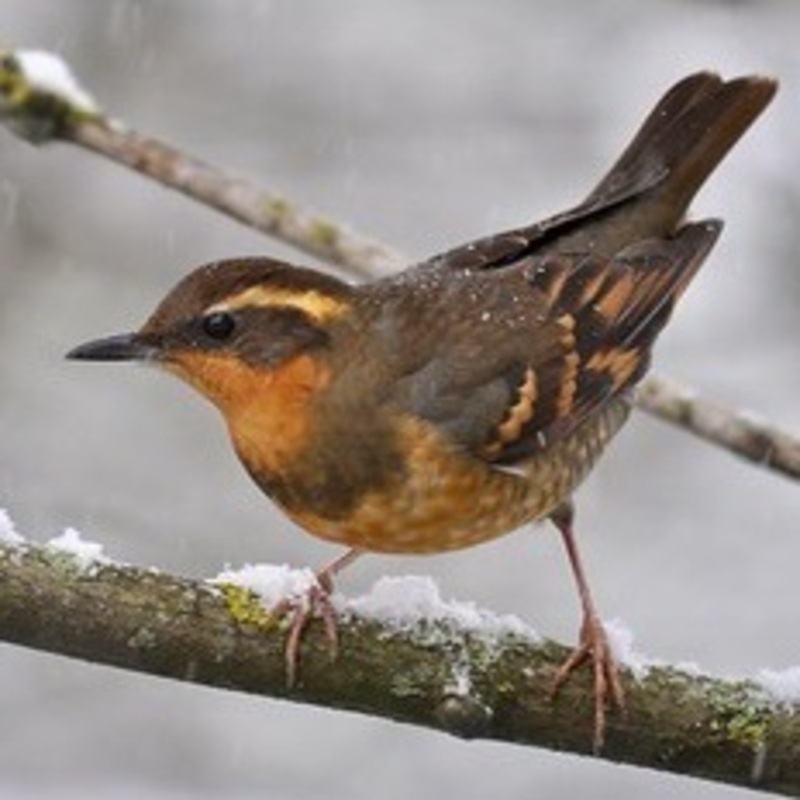 An orange face, brow, and breast with a black eye band and a black necklace or breast band define Varied Thrushes. Gray with two orange bands on the wings. Secondaries are gray with orange tips. Primaries are grayish with orange flecks. Similar to the male but duller and with brownish-olive instead of slate-grey colouring.

The best time to see these birds in United States is during winter season (December to February).

Distribution of the Varied Thrush in the USA

Breeds in Alaska, the Yukon, and the western fringe of the Northwest Territories, as well as in Oregon, California, Idaho, Washington and Montana. Winters along the Pacific coast from coastal Alaska to southern California.