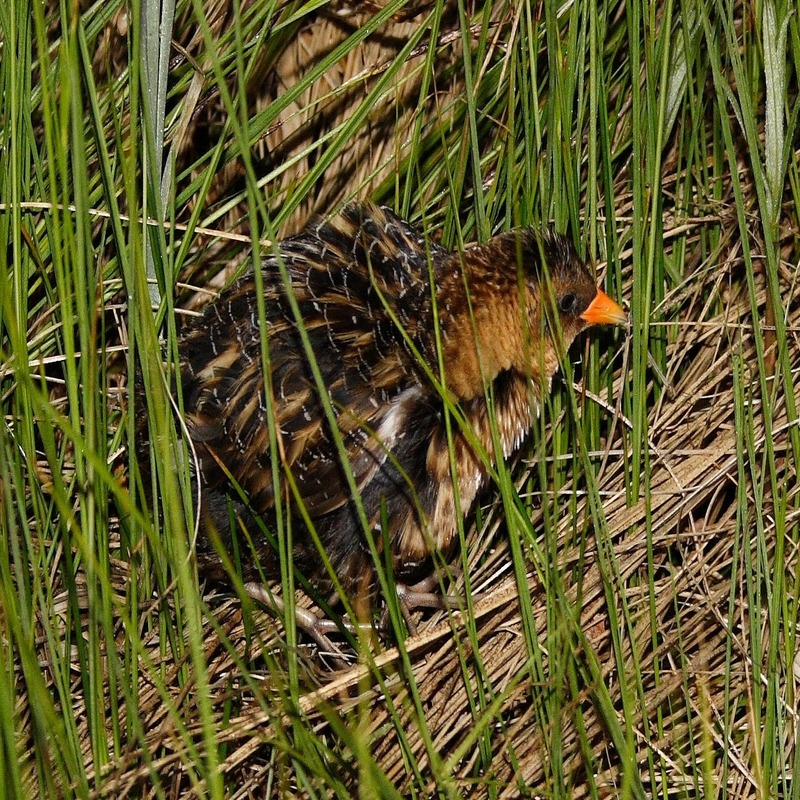 The yellow rail, Coturnicops noveboracensis is a tiny marsh bird belonging to the Rallidae family. The Yellow Rail is a little marsh bird that dwells hidden among grassy foliage. It is one of the most difficult birds to see in North America. Yellow Rails, which are perfectly camouflaged in intricate patterns of black, brown, yellow, and white, move as rapidly as rats through dense marsh vegetation.

Rail, little, with pale yellow-striped upperparts and dark brown underparts. Black-and-white barred throat, buff breast, flanks, and belly. The head has a buff complexion with a dark brown cap and eye patches. Bill is small and golden. In flying, the wings are dark with big white patches showing. The tail is short and black.

Predominantly insects, snails, and seeds. Although the diet is unknown, small freshwater snails have been reported to be vital during certain seasons. Consumes a broad range of insects (particularly aquatic ones), as well as spiders, small crustaceans, and most likely earthworms. Additionally, at least during the fall and winter, consumes a large number of seeds.

Breeding habitats include wet meadows, fens, and shallow marshes across Canada east of the Rockies, as well as the northeastern United States and the entire northern Great Plains along the Canada–US boundary. Northern Mexico may have a sparse population.

Yellow rails are extremely elusive and are rarely observed. They generally call at night with a repetitive “tik-tik tik-tik-tik” sound mimicking two stones being snapped together. When approached, they are more likely to conceal themselves and flee on foot through deep foliage than they are too flush.

Distribution of the Yellow Rail in the USA

Breeds in the Maritime Provinces, British Columbia, and the southern portion of the Northwest Territories, as well as in Michigan, Wisconsin, Minnesota, North Dakota, and northern California. Migrates up the Atlantic coast to North Carolina and then across the Midwest. Winters in the Gulf Coast states of Florida and Texas, as well as in the southern Atlantic states.