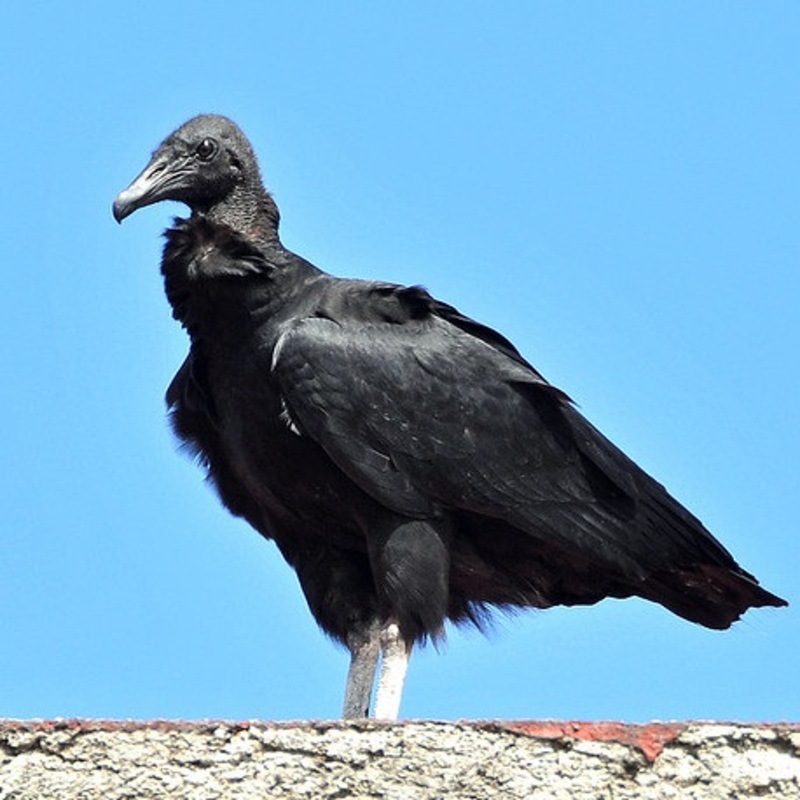 The American black vulture, Coragyps atratus is a New World vulture whose range spans from the northeastern United States through Peru, Central Chile, and Uruguay. Its range is slightly less than that of its buddy, the turkey vulture, which breeds deep into Canada and south to Tierra del Fuego. It is the sole living member of the Coragyps genus in the family of Cathartidae. It prefers open regions with scattered woods or shrublands. The black vulture has a wingspan of 1.5 m (4.9 ft), which is considerable for a vulture. a narrow, hooked mouth, black plumage, a featherless grayish-black head, and neck.

The Black vulture has a wingspan of 137-152 cm and a length of 50-69 cm. Both sexes have dark black, wrinkled exposed skin on their grayish-black heads and necks. Adults are tan. Black Vultures have weak white feet and weak bills. The vulture’s feet extend past its tail. This huge new world vulture is distinguished from turkey vultures by a short, square tail and a prominent white patch on the undersurface of the wing near the base of the primary.

Black Vultures forage on carrion at rubbish dumps, sewers, and slaughterhouses, as well as roadkill. Vultures are known to prey on infant herons and domestic ducks, as well as ripe or rotting fruit or vegetables and turtles. They are opportunistic predators who prefer to overeat when they discover adequate food.

Distribution of the Black vulture in the USA

Black Vultures live in tropical and warm temperate zones from southern Canada to southern South America, including the United States. In the northern portions of their habitat, they migrate south in the fall and return in the spring.