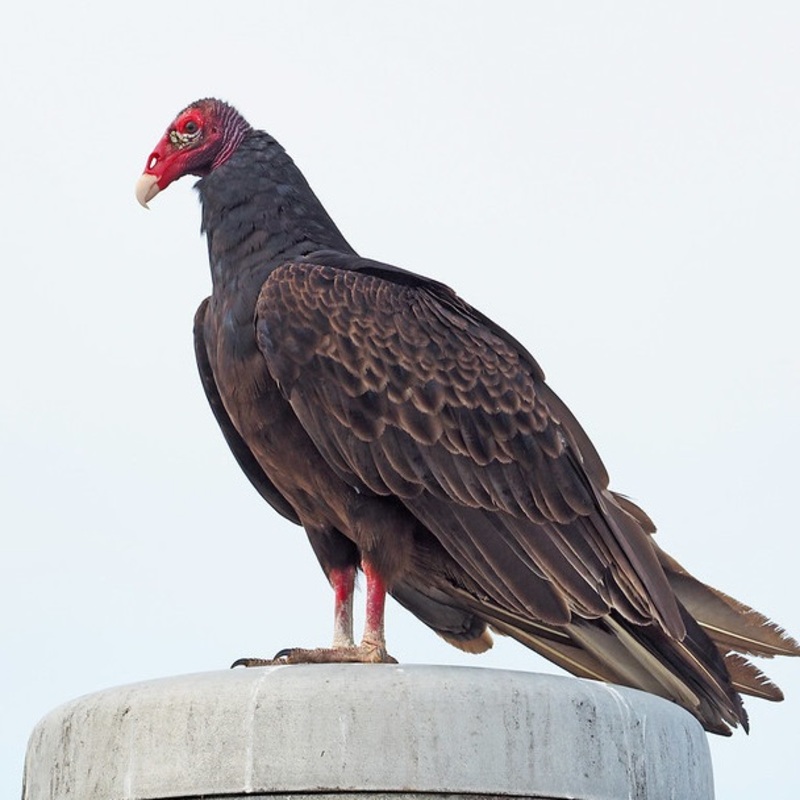 The weight of turkey vultures varies and their length is from 66 to 81 cm. The sexes are the same, with brownish-black plumage and a bare throat. A pink to bright red skin tone on the head and neck. Commonly confused with black vultures. Their gray main and secondary feathers and black head and neck set them apart.

Turkey vultures live in many environments. They inhabit both wooded and open areas. Turkey vultures may be found almost everywhere there is carrion. They quickly adapt to people and development.

Turkey vultures generally rest in huge flocks but hunt for food alone throughout the day. Hundreds of vultures, including black vultures, have been seen roosting together. Colder populations move seasonally to warmer climates.

If there are any, othwise, delete this section

Known also as the turkey buzzard or simply buzzard.

Breeds in southern British Columbia, middle Saskatchewan, the Great Lakes, and Maine, and then move southerly from there. Winters in the southwestern and eastern United States, respectively.