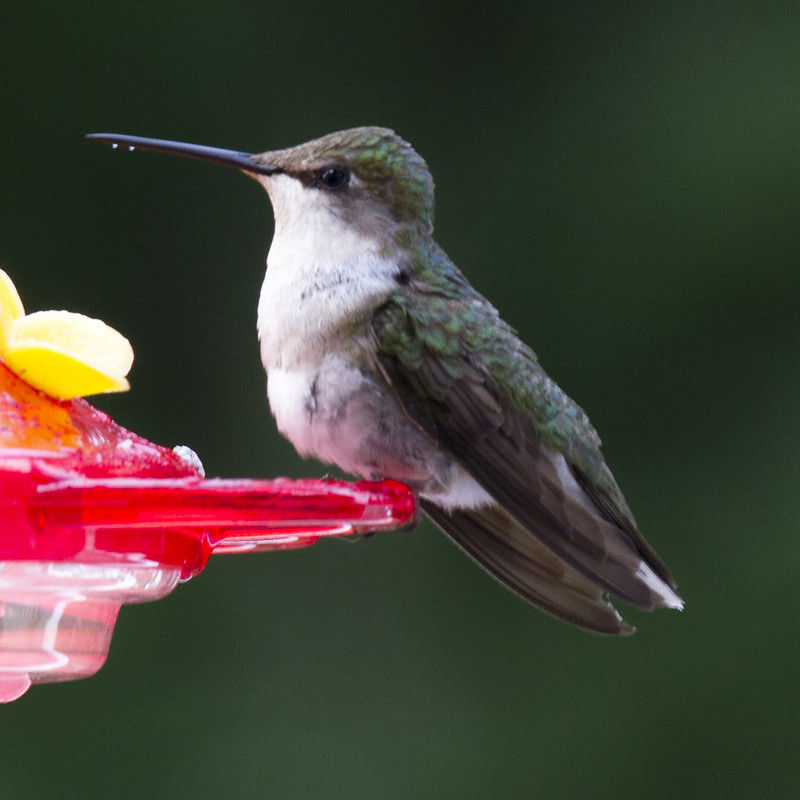 Archilochus colubris is a species of hummingbird native to Central America, Mexico, and Florida that migrates to Canada and other areas of Eastern North American for breeding during the summer months. It is also known as the ruby-throated hummingbird. Among hummingbirds found east of the Mississippi River in North America, it is by far the most abundant species.

This species breeds in deciduous and pine woods, forest margins, orchards, and gardens. These hummingbirds spend the winter in tropical deciduous woods, lemon orchards, and hedgerows, as well as river and marsh borders and ancient fields.

They are solitary. Adults of this species seldom meet unless to mate. Males of this species are territorial and communicate mostly vocally. The resident male responds to an intruder by emitting a single note that is repeated louder and louder. This male will chase the invader and attack him with his bill or his feet if he does not leave the area.

The best time to see these birds in the United States is during summer (June to September).

Distribution of the Ruby-throated hummingbird in the USA

North and Central America have ruby-throated hummingbirds. They breed in the eastern US, east of the 100th meridian, and southern Canada deciduous forests. Southern Mexico, Central America (including Costa Rica), and the West Indies.