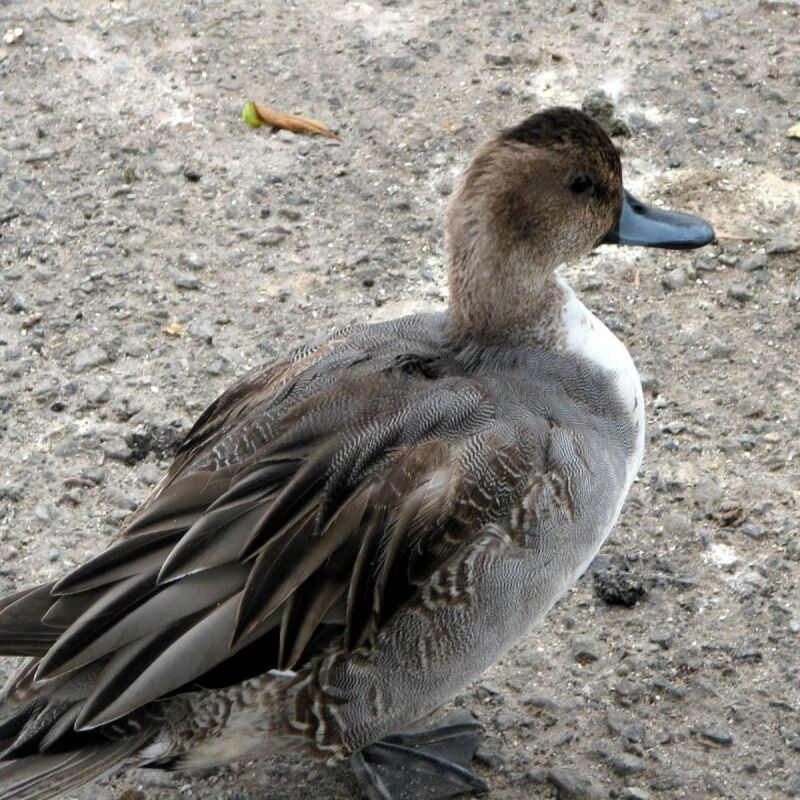 The pintail or northern pintail (Anas acuta) is a duck species that breed over northern Europe, the Palearctic, and North America. It is a migratory species that spend the winter south of its breeding region, close to the equator. Unusually for a bird with such a broad range, it lacks geographical subspecies if the presumably conspecific duck Eaton’s pintail is treated as a distinct species.

This huge duck is gray and black on top, white on the neck and underparts, gray on the sides, with a long black pointed tail, brown on the head, throat, and nape. The front and back of the neck are divided by a white line, and the green speculum is bordered with buff.

The Northern Pintail’s diet consists of aquatic plants, seeds, grass, tiny water creatures, and insects. Northern Pintails frequently graze in grain fields throughout the winter. Their lengthy necks help them to dive deeper for food than other ducks.

Pintail is found in marshes, ponds, lakes, rivers, canals, and grain fields where rice, oats, wheat, and barley are grown.

The head and top part of the body of the pintail are submerged, while the tail remains above the surface of the water while it feeds on snails, water bugs, and aquatic plant roots. This is referred to as upending. Pintail coexists with a wide variety of waterfowl species. During the winter, Pintail will move astonishing distances in a short amount of time to warmer climates. Nine days after being caught and banded in Labrador, Canada, a hunter in England harvested the bird.

The pintail or northern pintail is a duck species that breed over northern Europe, the Palearctic, and North America. It is a migratory species that spend the winter south of its breeding region, close to the equator.