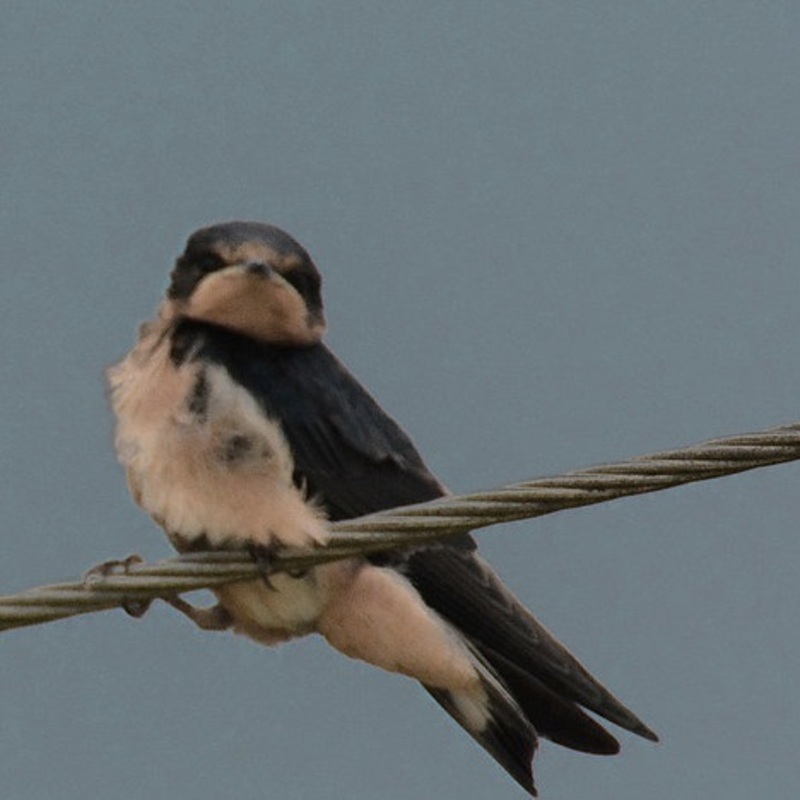 The white-throated swift, Aeronautes saxatalis is a swift of the family Apodidae that is endemic to western North America and southern Honduras, with a range that extends south to the Cordillera del Sur in western Honduras. In the inland, it has migratory populations that may be found across the Great Basin and Rocky Mountain areas, going as far north as southern British Columbia. Its coastal range reaches as far north as Northern California, while its inland range extends as far north as Northern California. Roosting places for white-throated swifts can be found in open regions near cliffs, rock walls, or man-made structures, where they can be seen flying around in circles. Swifts are highly gregarious birds, and it is common to observe groups of them roosting and hunting for flying insects at the same time.

Known as the swift, it is a medium-sized airborne bird that is a fantastic flyer with white underparts. It even has a place to sleep on the wing! It is a basic sooty brown color on the ground, but when flying against the sky, it seems black. It has long, scythe-like wings and a short, forked tail, which gives it its name.\

White-throated Swifts prey on insects and spiders that they catch in their mouths while soaring through the air. Acrobatic and dizzyingly swift in flight, they frequently turn suddenly to sweep back through a very insect-rich region of the air column.

The White-throated Swift is a bird found in the western United States that lives on steep cliffs and canyons. It is most commonly seen nesting in dry environments, however, it may also be found near big rivers. It may be found on the cliffs of the sea. Because these swifts frequently travel far from their breeding grounds in search of food, their foraging habitat is more diverse than their nesting habitat.

When White-throated Swifts return to their nesting grounds in the spring, they immediately begin aerial courting in couples or small groups, chasing each other around the skies along nesting cliffs while calling often. When they are in pairs, one will chase the other, which causes the wings to lift into a V form for a few seconds.

Distribution of the White-throated swift in the USA

The White-throated swift can be found in the following states in the United States – Alaska, Arizona, Colorado, Idaho, Montana, Nevada, Oregon, Texas, Utah, Washington, and Wyoming.