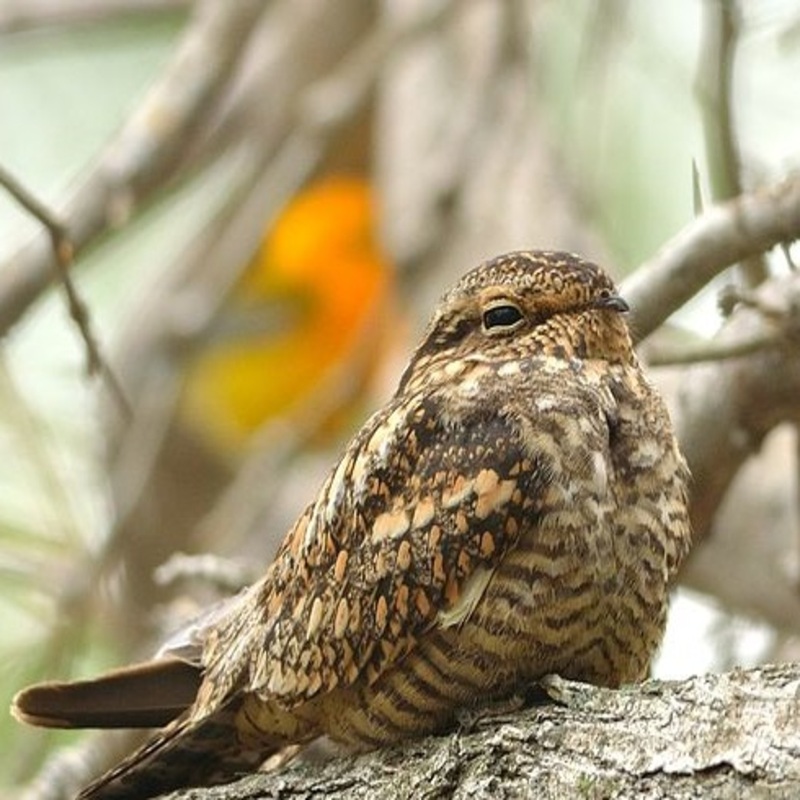 In North America, the Chordeiles acutipennis or commonly known as Lesser nighthawk is a nightjar. Flushed adults may confuse intruders or protect the nest location from aerial attack. Before fleeing, young birds expand their jaws and stretch their wings to appear frightening and larger than they are.

The adult Lesser Nighthawk is 20 cm long. It has a small beak and a gray and white pattern on its upper body. It has a brown head and a white chest. Dark bands across the bird’s tummy on the underside. The wings are black with light spots on the bend. On the tail are narrow white bands. The male has a white throat, while the female has a buff neck and buff markings on the inner wing.

The Lesser Nighthawk eats flying ants, mosquitoes, beetles, moths, and grasshoppers. They capture them high in the air, between trees and bushes around springs and streams.

The Lesser Nighthawk favors open spaces. They prefer natural open areas with no weeds over disturbed open land with weeds. They burrow. They nest on vernal pool soils in open places with few humans or pets.

It is a nocturnal bird. It travels far for food and social contact at night. A breeding nighthawk has to be protected from human interference. Smaller Nighthawks flush the ground as an intruder approaches their nest. They then circle low with intensified wing beats.

Distribution of the Lesser nighthawk in the USA

In the United States, Chordeiles acutipennis can be found in small quantities in California and Nevada, with greater concentrations in southern New Mexico, Arizona, Utah, and Texas. It is also found in tiny numbers in other regions of the world.