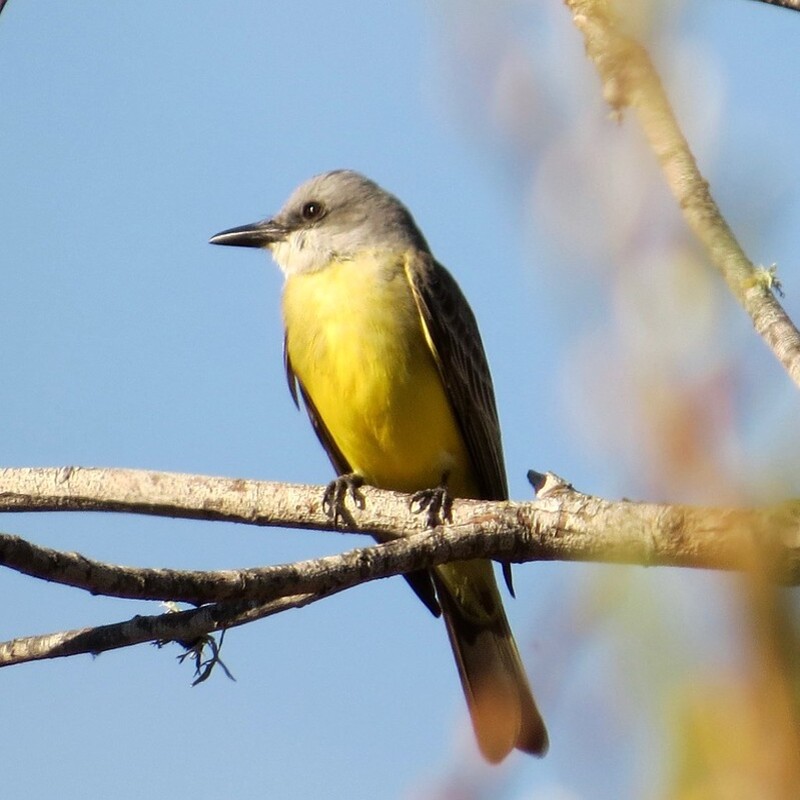 Tyrannus melancholicus, the tropical kingbird, is a big tyrant flycatcher. This species breeds in the United States from southern Arizona and the lower Rio Grande Valley of Texas to Central America, South America as far south as central Argentina and eastern Peru, and Trinidad and Tobago. After breeding, birds from the range’s northernmost and southernmost nesting sites migrate to warmer portions of the range.

The covert wings and tail appear to have a creamy gray border. The appearance of the head is gray with darker cheeks. The neck region is white in color. Olive green is used for the chest area, whereas yellow is used for the remainder of the underbody.

Although tropical kingbirds are mostly insectivores, they also consume fruit. They are predators of flying insects like as beetles, moths, butterflies, wasps, and bees.

Tropical kingbirds are found in sparsely forested areas adjacent to ponds, rivers, and streams. Additionally, they can be found in suburban and urban settings.

Tyrannus melancholicus communicates predominantly through vocalizations as a songbird. When welcoming another tropical kingbird or pursuing a predator, it will call. Additionally, a male will call when courting and following his mate.

Distribution of the Tropical kingbird in the USA

The Tropical kingbird can be found in the following states in the United States – Washington, Oregon, New Mexico, Texas, and Oklahoma.