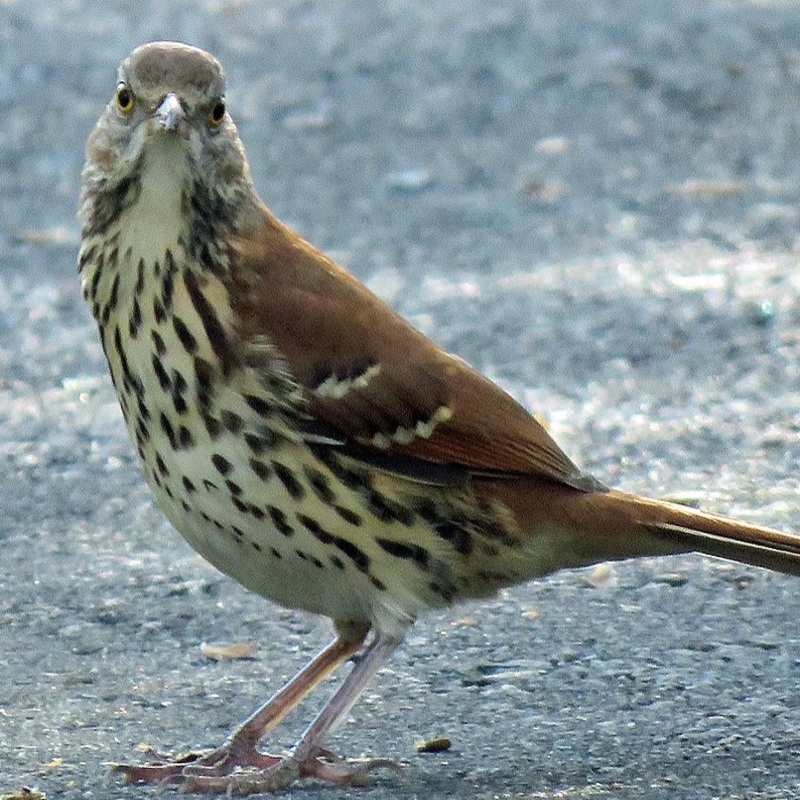 The buffy underparts of the brown thrasher are streaked with thin dark streaks. Its chest is whitish in color with distinct teardrop-shaped markings. It has a long rufous tail with paler corners and bright yellow eyes. Its long, brownish bill curves downward. Males and females look alike. The brown thrasher juvenile differs from the adult-only in plumage texture, inconspicuous upper part markings, and olive irises.

Brown thrashers eat insects, mostly beetles, fruits, and nuts. They hunt for food in the leaf litter beneath trees and shrubs. These birds rake the soil and leaf litter, scattering leaves.

During the breeding season, these birds are usually found in pairs or with young ones. Competition for habitat and breeding areas. As a result of this competition, birds like gray catbirds attack.

Distribution of the Brown thrasher in the USA

It breeds in the United States and Canada east of the Rocky Mountains but has been seen west of the Rockies. The increase in trees across the Great Plains over the last century has allowed the brown thrasher and other birds to expand their ranges westward.