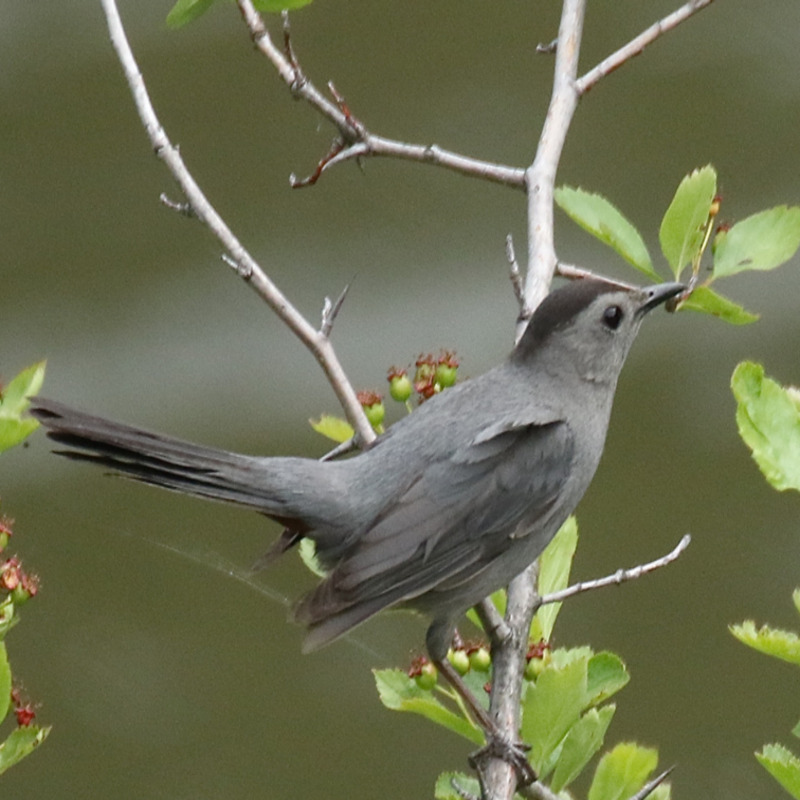 The gray catbird or in Latin Dumetella carolinensis is a medium-sized North American and Central American perching bird. Dumetella is the only “catbird” genus. A basal lineage Mimidae species, it is probably more closely related to the Caribbean thrasher and trembler assemblage than to the mockingbirds and Toxostoma thrashers. It is also called the slate-colored mockingbird.

Medium birds with a dark gray body, a black cap, and black tail feathers, are some of the identifications of these birds. Their tail coverts are chestnut. Eastern populations are generally darker gray. Black eyes, black feet, and black legs distinguish gray catbirds from other species.

Gray catbirds hunt in the trees and on the ground. They are omnivores who eat insects and fruits. Anthracnose beetles, flies, caterpillars, gypsy moths, spiders, and aphids are among their predators.

A diurnal and migratory species, Breeding pairs are territorial in both summer and winter. When breeding, males defend a small area around their nests. They rarely breed at the same site year after year. Male and females defend different territories. During migration, gray catbirds form groups of 10–15.

Distribution of the Gray Catbird in the USA

Gray catbirds are Nearctic natives. From Oregon to New Mexico and up the East Coast, they breed in the United States and Canada (British Columbia, Alberta, Saskatchewan, and Manitoba). During the winter, they live in the Caribbean Islands and the extreme southeast United States.