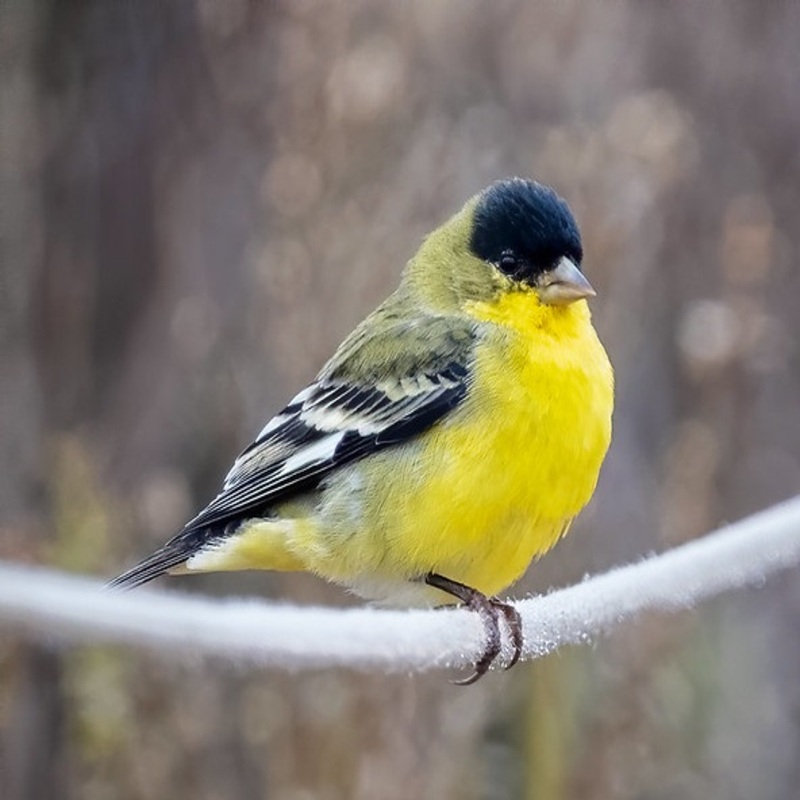 The Lesser goldfinch, Spinus psaltria is a very small American songbird. Together with its relatives the American goldfinch and Lawrence’s goldfinch, it forms the genus Spinus sensu stricto clade of goldfinches.

Small finch with a black back (dark green in the west), black crown, and bright yellow underparts. Black wings and tail with white markings.

Distribution of the Lesser goldfinch in the USA