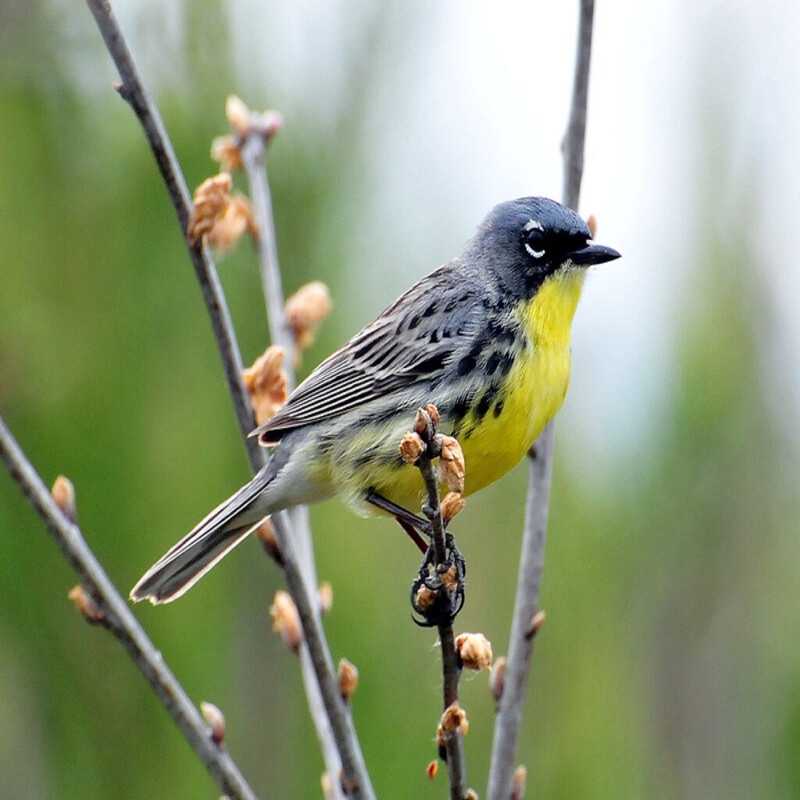 Kirtland’s warbler (Setophaga kirtlandii), commonly known as the jack pine warbler, was named after Jared Potter Kirtland, an Ohio doctor and amateur naturalist. It was nearly extinct only 50 years ago, but it is now on the mend.

This species eats blueberries and insects like spittlebugs, aphids, and ants in its summering area.

Only nests in young jackpine woods of at least 80 acres in size with several small, grassy gaps. The Bahamas and Turks and Caicos in the winter.

Yearlings and first-time breeders search for new breeding grounds, although ringed males have been recorded returning to the same nesting site year after year; one male ringed at CFB Petawawa in Ontario in 2006 returned for six years. This individual lived to be nine years old, but the species is known to have significantly lower lifespans in general; males live to be four years old on average, while females live to be 2.5 years old on average.

Distribution of the Kirtland’s Warbler in the USA

Breeds in 13 counties from Lake Huron west to Kalkaska County, and from Presque Isle County south to Ogemaw County in upper and lower Michigan. The Bahamas Islands are covered in snow throughout the winter.