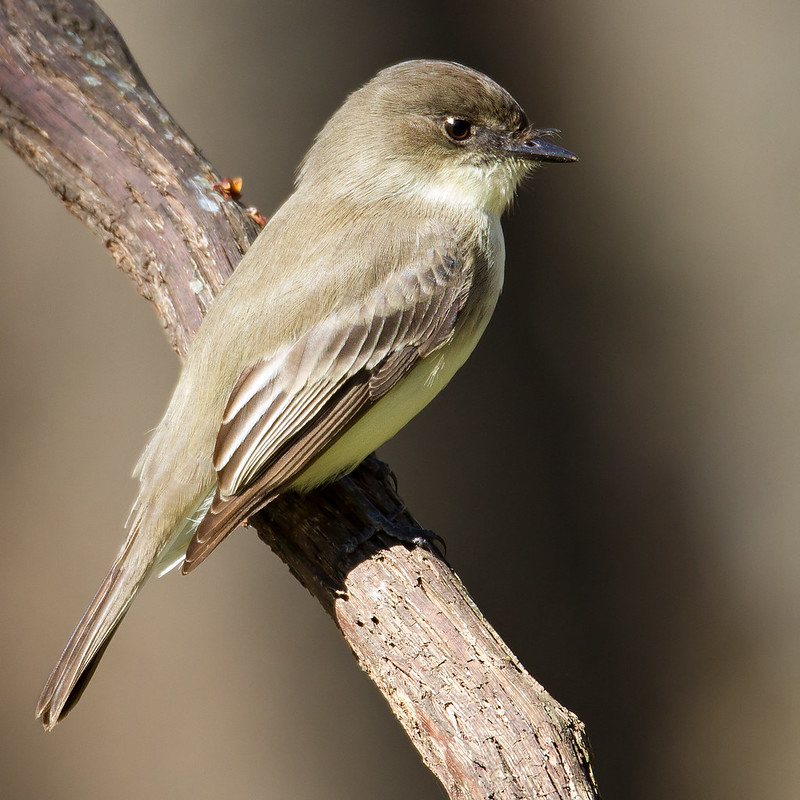 The eastern phoebe is a tiny passerine bird (Sayornis phoebe). Sayornis is derived from a portion of Charles Lucien Bonaparte’s name for Say’s phoebe, Muscicapa saya, and the Ancient Greek ornis, “bird.” Phoebe is a nickname for the Roman moon goddess Diana; nevertheless, it may have been chosen to mimic the bird’s call.

The upper parts of this little flycatcher are dark gray-brown, with slightly darker wings and tail. The underparts are white, with a tinge of olive-brown or yellow on the sides and breast. The bill, legs, and feet are all black.

The Eastern Phoebe is primarily an insectivore, devouring a variety of flying insects including wasps, ants, flies, and wild bees. Their food is supplemented by invertebrates such as grasshoppers, airborne spiders, waterborne hairworms, and even small fish found in shallow water.

The eastern phoebe breeds in open woodland, farmland, and suburbs, frequently near bodies of water. This phoebe is an insectivore and frequently perches conspicuously while searching for food. In cooler seasons, it also consumes fruits and berries.

The Eastern Phoebe is a solitary bird that rarely interacts with other phoebes. Even mated pairs spend little time together. While they may roost together early in pair formation, the female frequently chases the male away during egg-laying.

Distribution of the Eastern phoebe in the USA