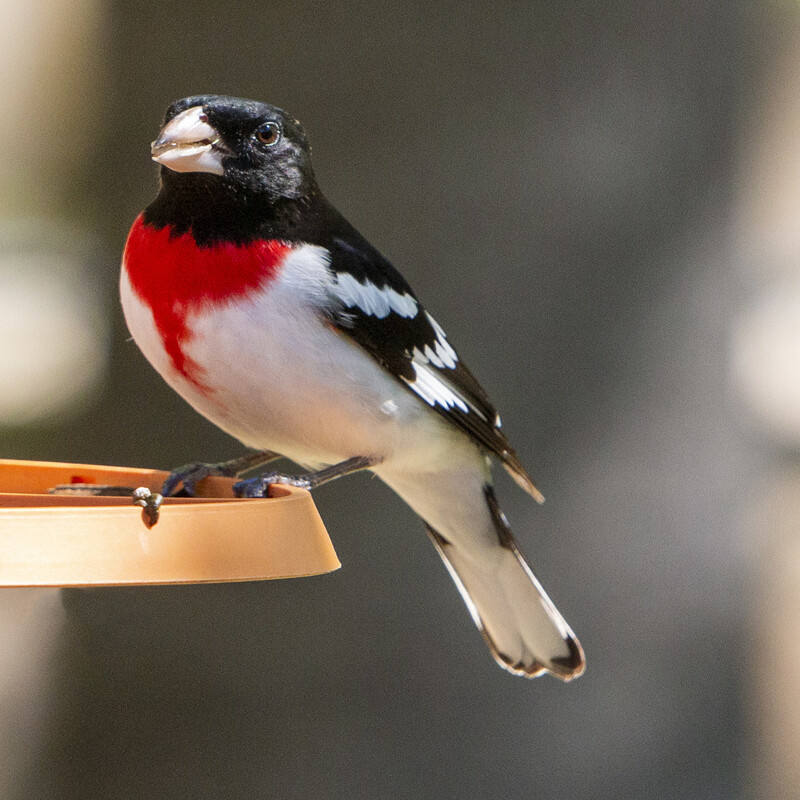 The rose-breasted grosbeak, Latin name Pheucticus ludovicianus, also known as the “cut-throat” grosbeak due to its coloration, is a large, seed-eating grosbeak in the cardinal family that can reach up to 30 inches in length (Cardinalidae). Its primary function is that of a foliage gleaner. Males have blackheads, wings, backs, and tails, as well as a bright rose-colored patch on their white breasts. Females have blackheads, wings, backs, and tails. Males and females differ significantly in their sexual characteristics.

An adult male robin with a black head and back, a bright red breast, and a white rump, sides, and belly is what rose-breasted grosbeak looks like. The wings are black with white patches on top and red, white, and black on the undersides of the wings. The tail is long and slightly notched, and it has white patches. The female has brown-streaked upperparts, buff-streaked underparts, and yellow wing linings, while the male has brown-streaked upperparts.

Trophies racemose fruit attracts them to parks, gardens, and even winter bird feeders. Tree blossoms and buds as well as developed natural products are eaten by them.

In eastern U.S. males, only rose-breasted grosbeaks produced sperm while far south of their breeding location. Male grosbeaks arrive a week or more before females, and pair formation is observed on breeding grounds.

Distribution of the Rose-breasted grosbeak in the USA

In most of Canada and the northeastern United States, the rose-breasted grosbeak’s breeding habitat is open deciduous woods, where it can be found in large numbers. Northern birds in particular migrate south through the United States east of the Rocky Mountains, where they spend the winter from central-southern Mexico through Central America and the Caribbean, to Peru and Venezuela, where they breed.