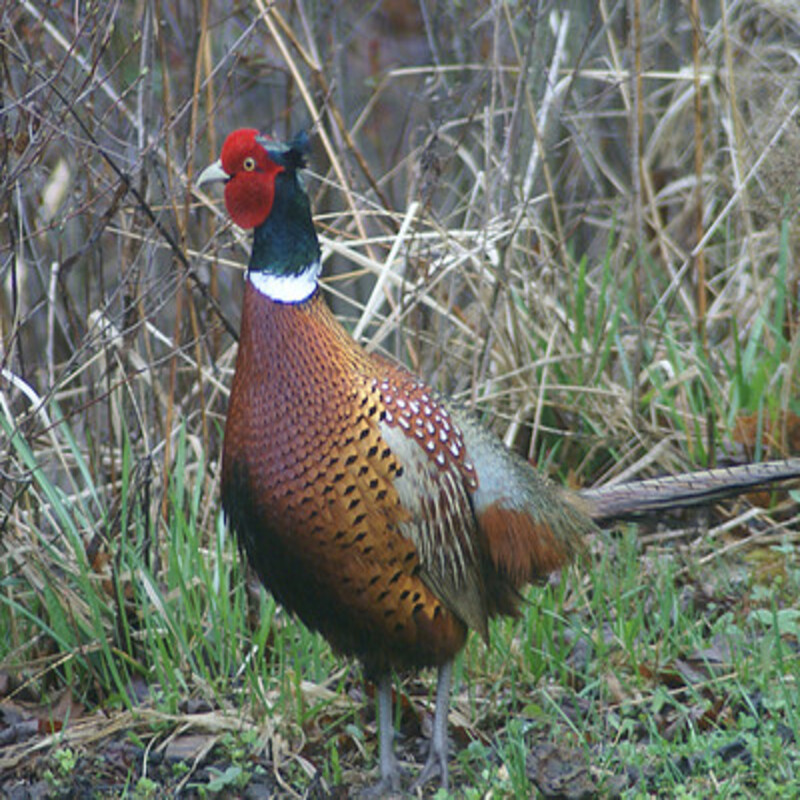 Ring-necked In the United States and southern Canada, pheasants can be seen striding over broad fields and weedy roadside ditches. Males have iridescent copper-and-gold plumage, a crimson face, and a crisp white collar, and their rooster-like crowing may be heard from up to a mile away. Females have a similar appearance but are less colorful. The brown females blend in with their surrounding field environment.

Large game bird with ostentatious plumage that includes a green head with red facial skin, a white-collar, and gold to the coppery body with black and white patches on the wings and tail.

Ring-necked turtles are mostly reliant on plant feeds such as agricultural field waste grains, wild and farmed forb, and grass seeds, fruits, and leaves, among other things. When it comes to adult pheasants, insects are the most important part of their food during the spring and summer months, and they make up nearly all of the diet of pheasant chicks during the first five weeks after hatching.

They feed mostly on the ground, scratching and grazing while they do so. They take food largely on the ground, either scratching or digging with their bill. In addition, they emit a loud, crowing “caw-cawk,” which is followed by a resonant thumping of the wing. When startled, flies away with a loud chuckle in his throat.

Distribution of the Ring-necked Pheasant in the USA