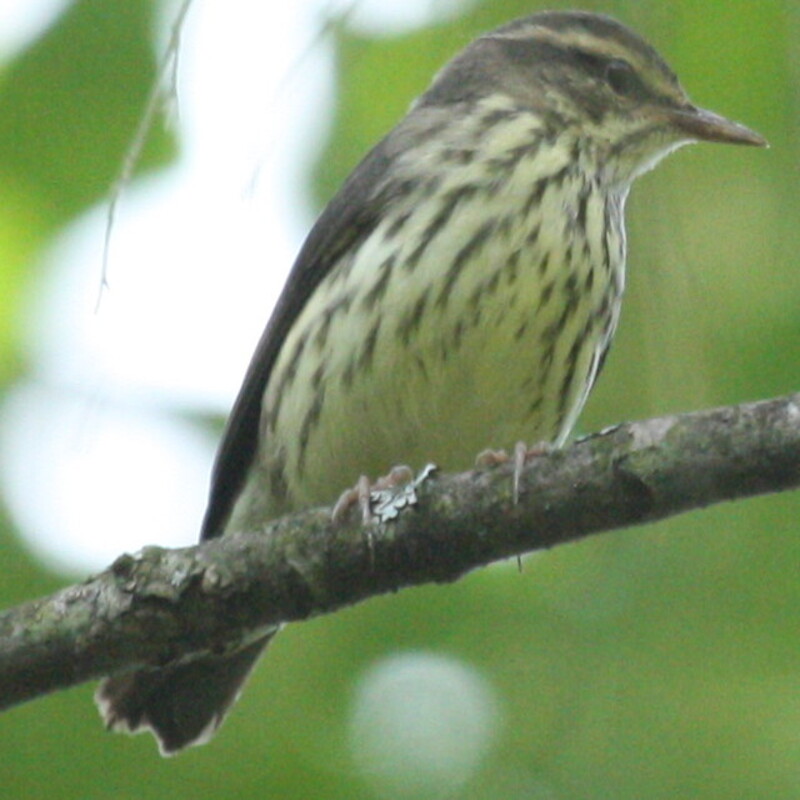 The northern waterthrush (Parkesia noveboracensis) is a big New World warbler and a migratory songbird found in the Nearctic-Neotropical region. It breeds throughout Canada and the northern United States, including Alaska.

The northern waterthrush is a ground feeder that feeds on insects, mollusks, and crustaceans that are found in leaf litter.

Northern Waterthrushes like chilly, dark, forested swamps, bog thickets, the edges of northern lakes, and rivers with willow and alder borders. The bird can be found in dense cover along streams, marshes, and around stagnant pools during the spring and fall migrations.

Distribution of the Northern Waterthrush in the USA

Breeds from Alaska and a large portion of Canada south to the northern United States. Spends the winter in the tropics.