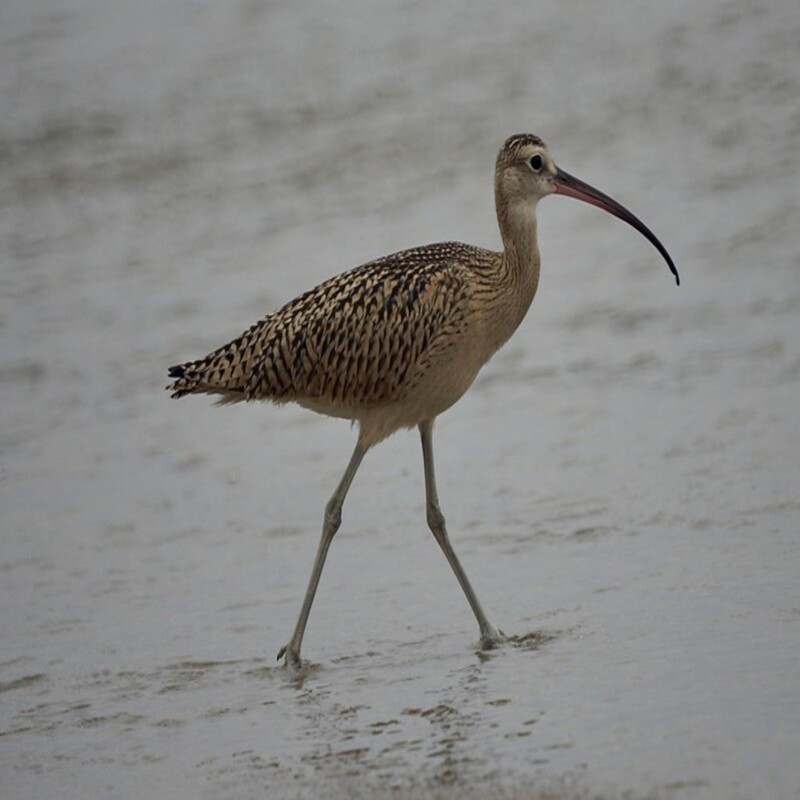 The long-billed curlew (Numenius americanus) is a big shorebird in the Scolopacidae family found in North America. Additionally, this species was known as the “sicklebird” and the “candlestick bird.” The species breeds throughout central and western North America and winters in the south and along the coast.

Long-billed curlews are huge, long-legged shorebirds with exceptionally long, decurved bills. The body plumage is a rich buff tinted with cinnamon or pink, with dark brown streaks and bars on the upperparts; the underwing lining is contrasting cinnamon, and the upper surface of the remiges is contrasting orange-brown.

When they are found inland, long-billed curlews feed primarily on insects and worms. In coastal locations, they use their long bills to explore the mud for mussels, crabs, and fish. Additionally, they will consume other nesting birds.

Curlews with long bills breed on plains, meadows, and prairies. It nests on lake and river shores, marshes, mudflats, and sandy beaches during the winter.

Curlews with long bills are predominantly diurnal, spending the majority of their time foraging. They use a combination of flight and brief glides to travel between foraging locations. Individuals that are not breeding are usually solitary, however, they frequently form mixed-sex groups during migratory flights and winter roosts. Typically, long-billed curlews remain inside their declared territory, which they defend against intruders and predators.

Distribution of the Long-billed Curlew in the USA

The Long-billed Curlew can be found in the following states in the United States – Alaska, Arizona, Hawaii, Idaho, Montana, Nevada, Oregon, Washington, and Wyoming.