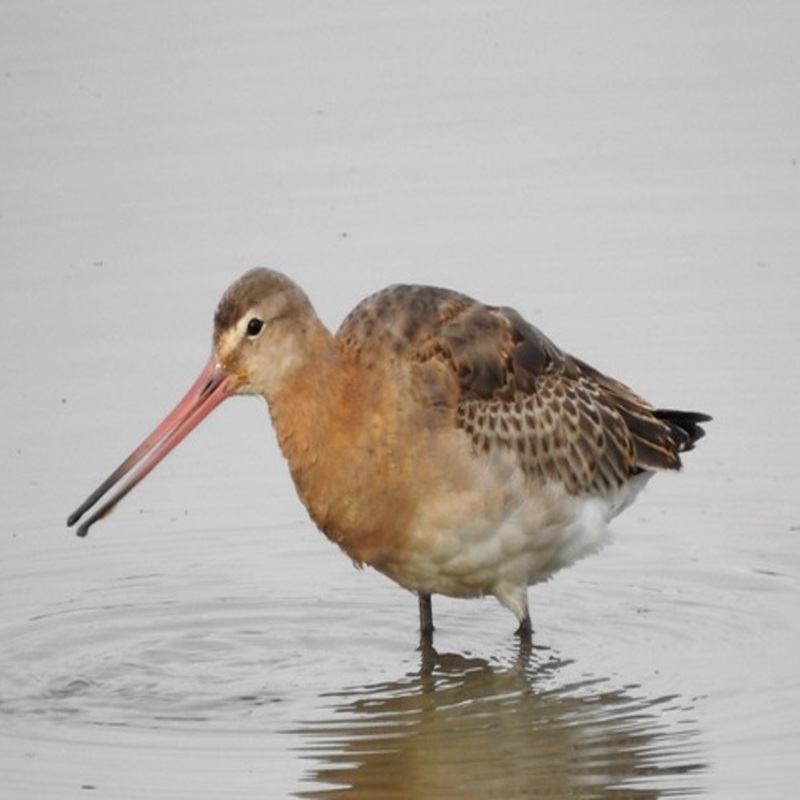 Carl Linnaeus characterized the black-tailed godwit (Limosa limosa) in 1758 as a big, long-legged, long-billed shorebird. Limosa is a genus of godwits. There are four subspecies, all of which have an orange head, neck, and chest in breeding plumage, a dull grey-brown coloring in winter, and an always-present black and white wingbar.

The godwit is a large, tall bird with a black-barred, orange-brown body. Orange-brown head and neck, with a white mark between the eye and bill; this godwit is distinctive in having a noticeable white rump, white wing bar, and pure white underwings. The yellow bill with a black tip is long and straight.

They prey primarily on invertebrates, but sometimes on aquatic plants throughout the winter and while migrating. Prey items include beetles, flies, grasshoppers, dragonflies, mayflies, caterpillars, annelid worms, and molluscs during the breeding season. Fish eggs, frogspawn, and tadpoles are occasionally consumed.

At virtually any time of year, estuaries and coastal lagoons are the ideal areas to seek for black-tailed godwits, however, they frequently visit inland wetland sites. Additionally, we have a small, vulnerable breeding population that is restricted to a small number of moist meadows and marshes.

Walks gracefully and lazily in shallow to moderately deep water, constantly probing soft mud and sand with its long robust beak. Almost always eats in large numbers, sometimes in the thousands, on mudflats and flooded meadows.

Distribution of the Black- tailed Godwit in the USA

Throughout northern Europe and Asia, this species is found in a variety of flooded meadows, estuaries, and exposed mudflats. Breeds in central Eurasia and spends the winter in sub-Saharan Africa, southeast Asia, Indonesia, and Australia.