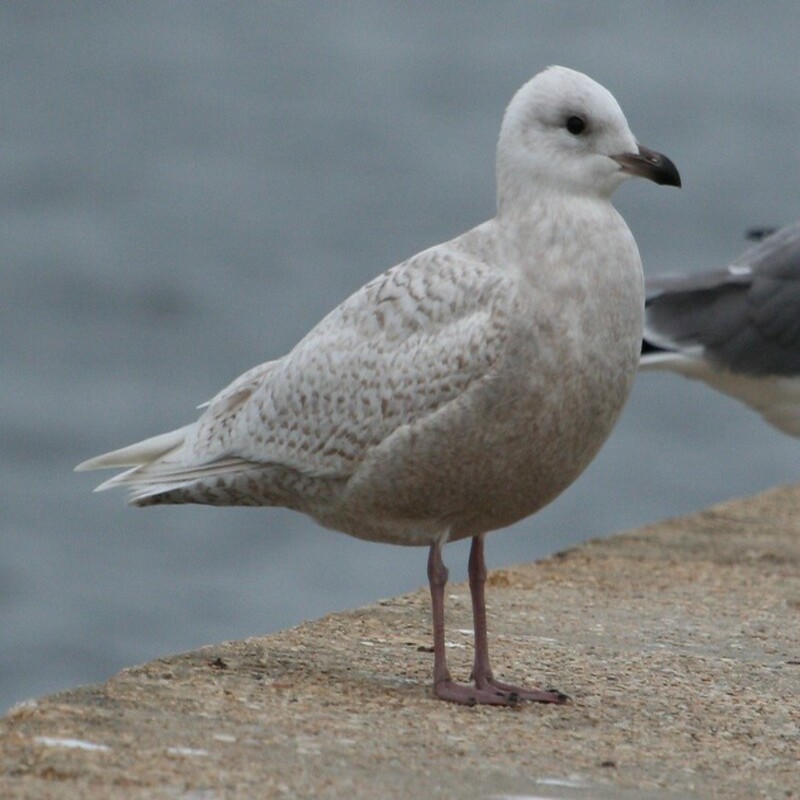 The Iceland gull (Larus glaucoides) is a medium-sized gull that breeds in Canada and Greenland’s Arctic areas, but not in Iceland (as the name implies), where it is only seen in the winter. The genus name derives from the Latin larus, which appears to have referred to a huge seabird or gull. The specific epithet glaucoides refers to its likeness to Larus glaucus, a synonym of Larus hyperboreus, the glaucous gull; the suffix -oides derives from Ancient Greek and means “resembling.”

Iceland gulls are extremely pale throughout their plumage, with no melanin at the tips of their primaries in adult plumage. Adults have a pale gray upper body and a yellowish-green bill. Immatures are very pale gray; the bill is significantly darker than that of a glaucous gull and is devoid of pink.

These gulls, like the majority of Larus gulls, are omnivores, consuming fish, mollusks, offal, garbage, and eggs. They hunt by flying and scooping up food at or near the water’s surface, as well as by strolling or swimming.

Nests on rocky beaches and cliffs; like coastal settings such as harbors, big reservoirs, and adjacent landfills.

Captures fish by flying into the sea and sinking into the water. Additionally, food is discovered while wading or wandering along the shore. Direct flight characterized by strong, deep wing beats. Soars to great heights on thermals and updrafts.

Distribution of the Iceland Gull in the USA