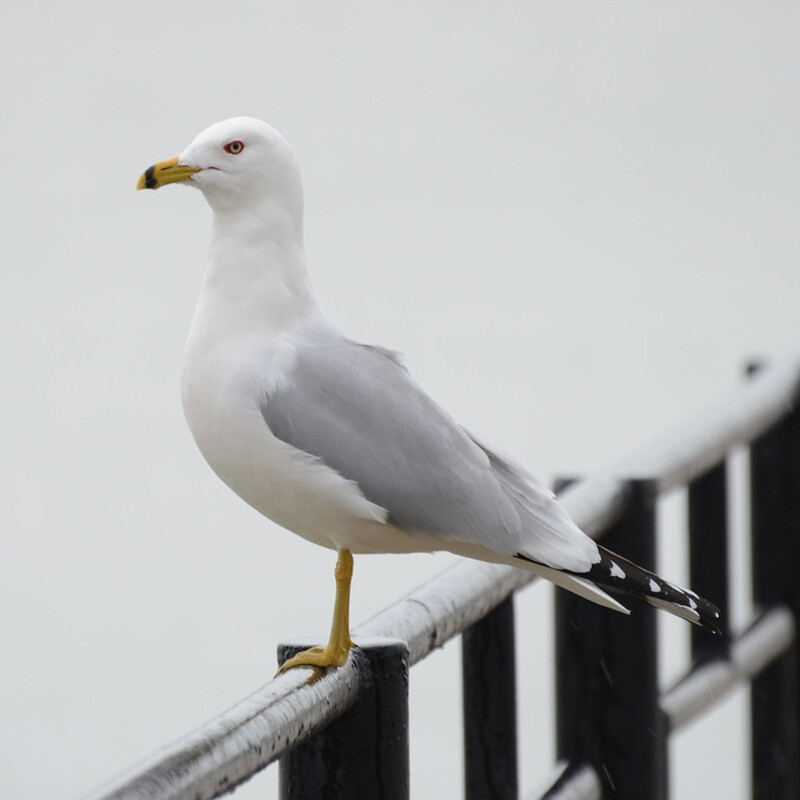 Ring-billed gulls, Larus delawarensis are medium-sized gulls. The genus name is derived from the Latin word larus, which appears to allude to a gull or other huge seabird. The name delawarensis relates to the Delaware River.

Ring-billed gulls have a pale bluish-gray back and shoulders, and a white head. The wings have black tips with visible white dots, and the abdomen is pale. The legs and feet of ring-billed gulls are yellowish or greenish.

Ring-billed gulls are opportunistic feeders, or scavengers, which means they will eat nearly anything. They consume fish, rodents, tiny aquatic animals, bird chicks and eggs, insects, and vegetable materials such as fruits, but prefer animal meals.

These birds spend a lot of time on inland rivers. They can be found in locations with a sandy terrain and little vegetation. They can also be found in areas with rocks and concrete pieces, on pebble beaches, and occasionally in wet meadows.

Ring-billed gulls are migratory and diurnal birds. They are also quite sociable, living in big colonies, particularly during the breeding season. Within nesting colonies, they defend tiny territory. They play by dropping objects while in the air and then swooping down to retrieve them. They may grab food from other gulls and European starlings while also defending themselves against other birds that may steal their food.

Distribution of the Ring-billed Gulls in the USA