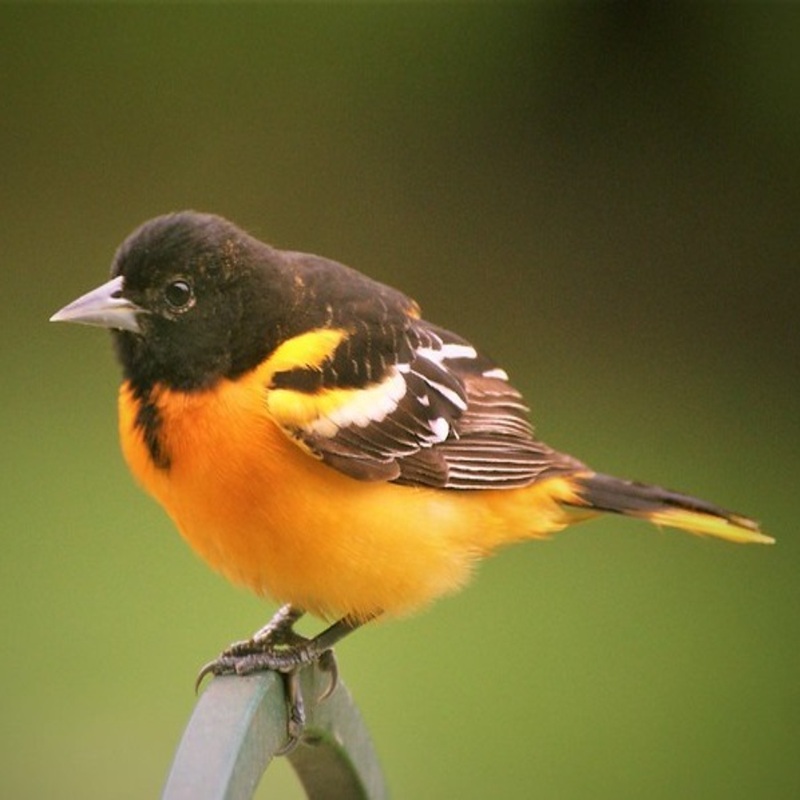 The Baltimore oriole (Icterus galbula) is a migratory breeding bird found in eastern North America. The male’s hues resemble those of 17th century Lord Baltimore’s coat of arms. From 1973 until 1995, the Baltimore oriole and the western Bullock’s oriole, Icterus bullockii, were classified as a single species, the northern oriole. According to zoologist James Rising and others, the two birds did not interbreed considerably.

Males are 1-5 percent bigger than females in a number of metrics. Their black heads, bills, and backs contrast with their brilliant yellow-orange breasts. wing bars, and an orange tail with black streaks. Females are olive-brown to orange in color. A dark beak and brown wings with white wing bands. Her hair may be a shade of black. Immature animals resemble female. Males mature in over a year.

Baltimore orioles consume caterpillars, which include numerous pests. They consume bugs, tiny fruits, and nectar. Pest forest tent caterpillar Malacosoma disstria larval and pupal stages are eaten by them. To prevent the setae, large larvae are squashed against a twig (stiff, hair-like structures). Pupae are dragged from cocoons.

It favors deciduous over coniferous trees in open woodlands. They are flexible and can breed in a wide range of settings, though. Urban parks and suburban environments suit them nicely. The birds winter on Mexico’s coffee plantations’ blossoming canopy trees.

The Icterus galbula is not a social animal. Flying is powerful and straight for icterids. Summer and winter ranges of these birds are migratory. The size of the territory varies according on environment, food, population density, and breeding season. If the male is trying to attract a female, it is at its peak, and at its peak after egg-laying

Distribution of the Baltimore Oriole in the USA

Baltimore orioles migrate to the tropics. They spend their summers in the Nearctic, mostly in the United States. In the southeastern United States., they breed from Wisconsin to Maine, and north to northern Georgia, western South Carolina, and there are other reports of neotropical birds wintering in Florida.