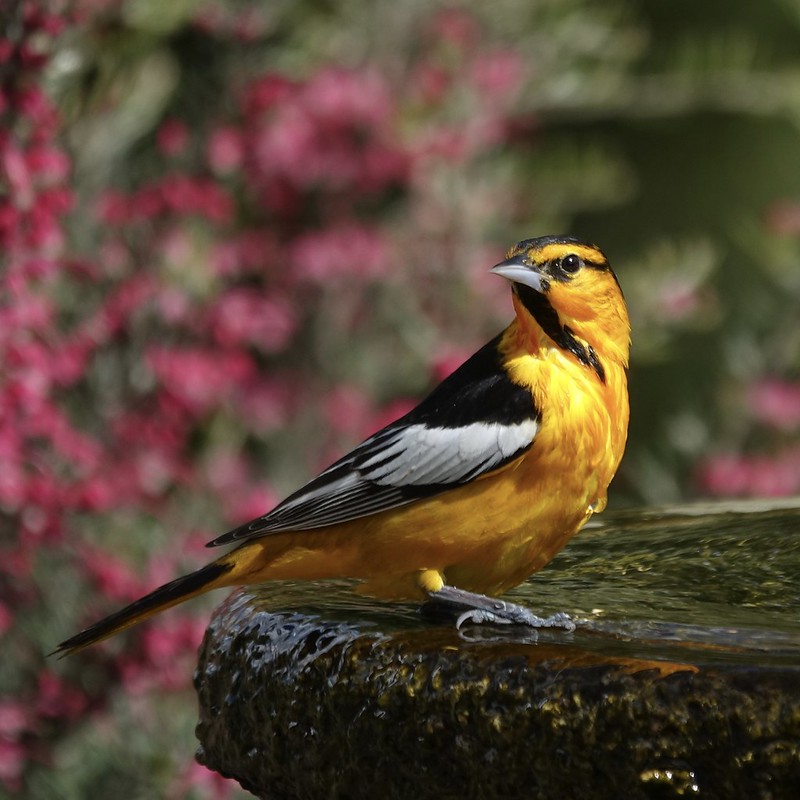 Bullock’s oriole, Icterus bullockii is a tiny blackbird found in the New World. This species, together with the Baltimore oriole, was once thought to be a single species known as the northern oriole. This bird is named for William Bullock, an amateur naturalist from England.

Adult males have contrasting black and orange plumage and a black neck patch, while older females may also have a tiny throat patch. The remainder of the head is orange, with a black eyeliner extending to the crown. Orange supercilium The underparts and breast are yellow-orange, while the back is black. The tail is generally black, but the outer three or four retrices are orange, producing a dark T at the tail’s base.

Bullock’s orioles enjoy riparian, open, and shrub habitats. During the mating season, they can be seen in patches of cottonwood and pecan woodland across their habitat. Willows favor riparian environments but scrub forest trees in dry southern Arizona.

Distribution of the Bullock’s Oriole in the USA

Bullock’s orioles inhabit western North America, mostly the United States. They are found throughout their range. These birds spend the winter in Mexico, but during the breeding season, they travel north to southern British Columbia.