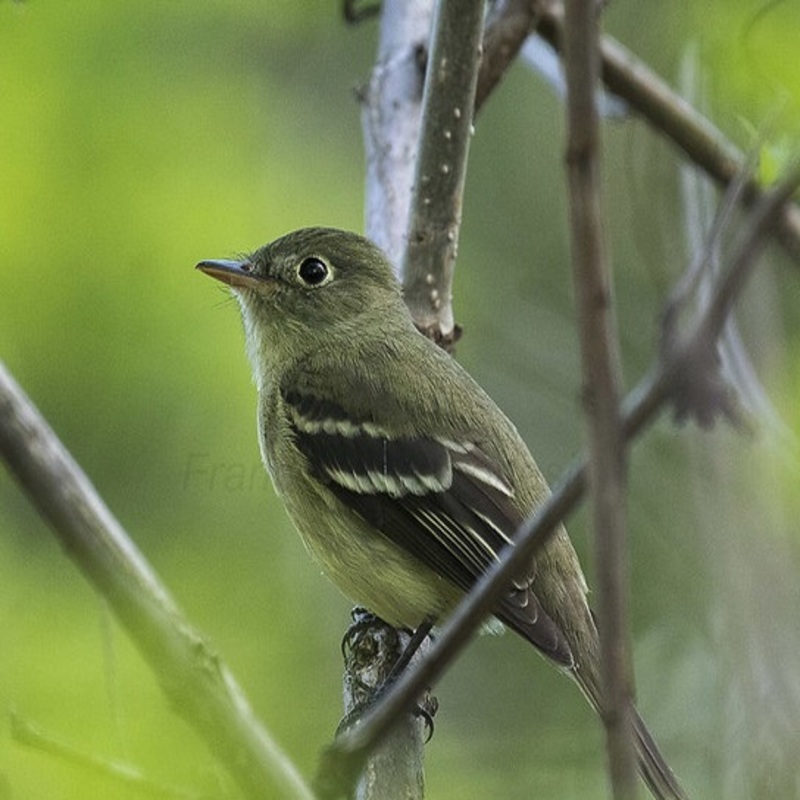 Small flycatcher with olive-gray upper parts, gray breast, and pale yellow belly. Eye-ring is white. The bill has a light lower mandible with a black tip. Legs and feet are black.

Primarily insects. Summer diet consists primarily of insects, which includes a large number of small wasps, winged ants, beetles, caterpillars, midges, and flies, as well as a few real bugs, grasshoppers, and others. Additionally, eats spiders and, on infrequently, a few berries.

The least flycatcher is found in clusters of aspen trees, orchards, shade trees, and open woodlands. They breed in deciduous or mixed forests, as well as in coniferous groves on occasion. They prefer breeding areas near clearings or edges but can nest in dry woodlands as well.

In the United States, the best time of year to see these birds are during the Spring season (March-May) and during Autumn season (September – November).

Distribution of the Least flycatcher in the USA