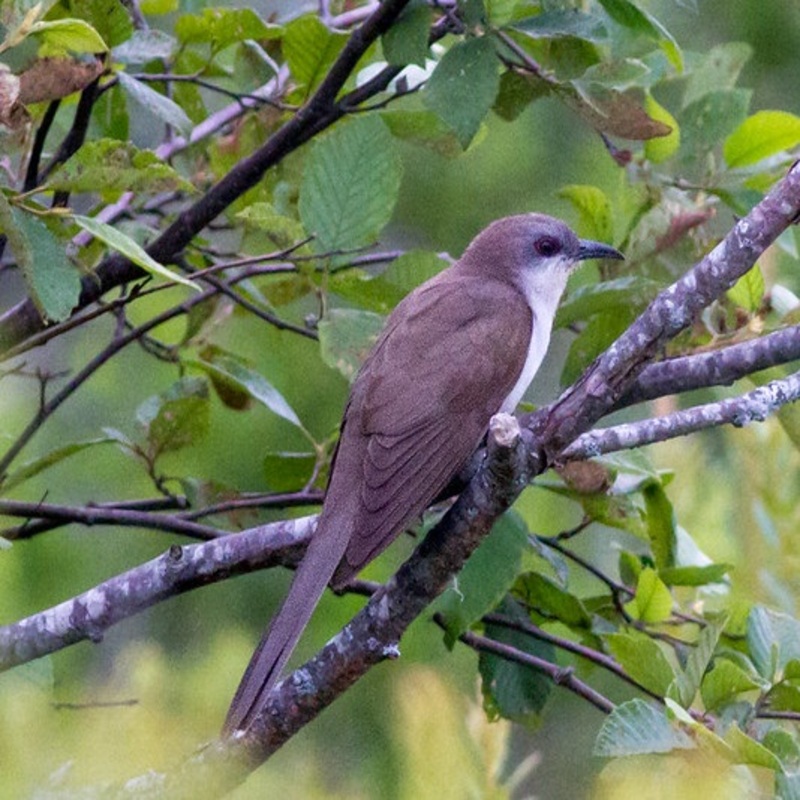 The black-billed cuckoo (Coccyzus erythropthalmus) is a New World cuculid. The scientific name is Greek. The name erythropthalmus comes from the Greek words eruthros, “red”, and ophthalmos, “eye”. Its distribution overlaps with the yellow-billed cuckoo. Cuculidae deposit eggs in other birds’ nests. However, C. erythropthalmus regularly incubates their own chicks.

Caterpillars, cicadas, katydids, butterflies, grasshoppers, and crickets are favorite foods of black-billed cuckoos. They devour other birds’ eggs and aquatic larvae and fish. In the summer, they eat fruits and seeds. Beetles stink bugs, snails, and dragonflies are among the other foods.

Black-billed cuckoos inhabit forests and marshes. They like deciduous woods with orchards and thickets, and environments near water, such as rivers, streams, and lakes. Black-billed cuckoos have been seen in parks and golf courses in cities and suburbs.

Distribution of the Black-Billed Cuckoo in the USA

Neotropical black-billed cuckoos inhabit the Neartic. From the east coast to Oklahoma, west to Montana, and north to Canada. These cuckoos move to northern South America, particularly Venezuela, Columbia, and central Bolivia, during the non-breeding season. These birds move across tropical forests, cloud forests, and dry scrub habitats in the southeastern US and Mexico.