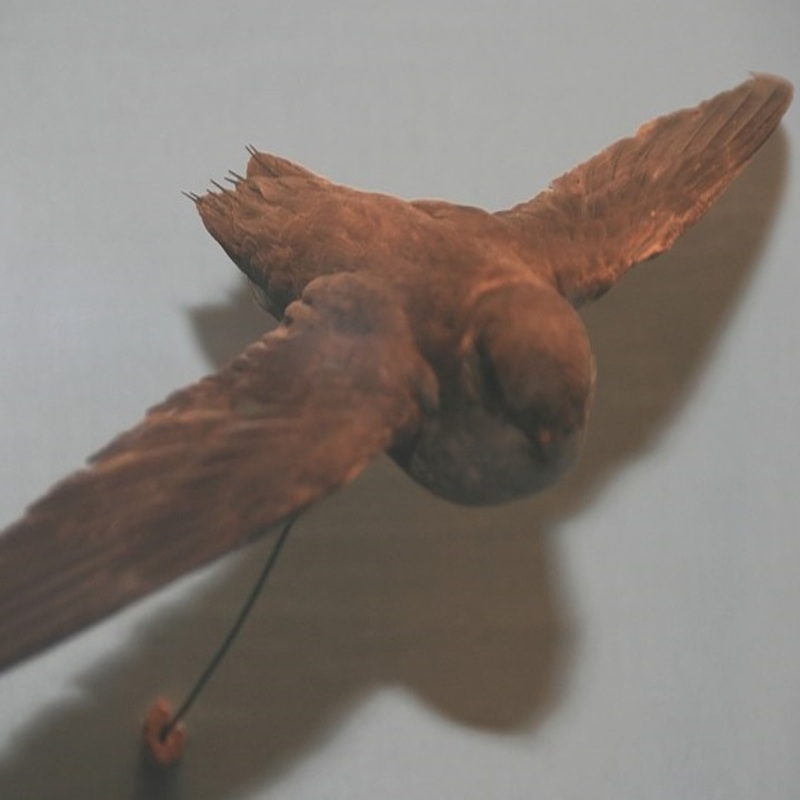 The chimney swift or Chaetura pelagica in Latin name is an Apodidae swift. It is a member of the Chaetura genus and is closely related to the Vaux’s and Chapman’s swifts. No subspecies. An eerie gray medium-sized bird with long, narrow wings and small legs. Like all swifts, it can only cling vertically to surfaces.

The chimney swift eats flying insects and spiders. It makes for life. It makes a bracket nest of twigs and saliva on a vertical surface, usually a chimney. Laid 4–5 whitish eggs It takes 19 days for the altricial eggs to hatch. Chimney swifts live 4.6 years.

Chimney swifts are often dark gray to brownish-gray in hue. Both sexes look alike. The tail feathers are bristly or spike. There might be seven tail spines. They’ve been called “flying cigars”. Smokeys have big eyes.

Chimney swifts only eat in flight. They are insectivores. They hunt by hovering above tree branches and collecting flying insects and spiders. In pursuit of a weevil, forty to fifty chimney swifts were observed hovering or plunging through the top branches of a sweetgum tree.

Chimney swifts cling to walls with their foot and tail (Whittemore, 1981). Several thousand of these birds can be observed roosting on enormous industrial chimneys. Migration occurs from August through early October.

Distribution of the Chimney swift in the USA

Migrating chimney swifts may be found from central Alberta to Newfoundland, and south to Florida and the Gulf states. They winter near the Amazon’s headwaters in western Brazil and eastern Peru. Greenland and Bermuda consider chimney swifts accidental species.