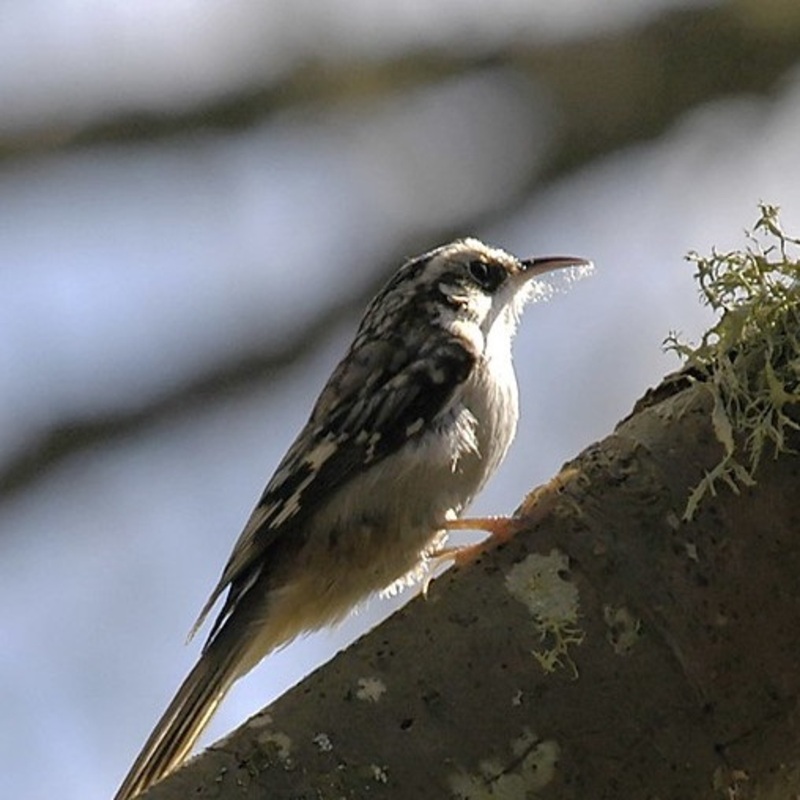 Brown creepers are small birds with mottled feathers that, when observed from a distance, are virtually indistinguishable from a piece of bark. These birds have dark-brown upper parts that are extensively streaked with white on the head, back, and scapulars (feathers that cover the shoulder) as well as on the wings. Its eyes are distinguished by a brown stripe running across them and a white stripe above them. The underparts are white with a hint of red/brown flecked throughout. This species is distinguished by the presence of a long, stiff tail covered with feathers that serve as a prop to assist the birds in moving up and around the trunk of a tree.

Brown creepers prey mostly on tiny arthropods such as spiders, pseudoscorpions, and insects, although they will sometimes consume larger insects. Stinkbugs, fruit flies, and weevils are just a few of the insects that they are known to prey on. During the winter, brown creepers consume seeds and other vegetative materials, as well as dead insects.

Brown creepers are typically only able to fly a short distance between tree trunks. They begin feeding at the base of a tree and when they reach the top, they fly to the base of the next tree and begin foraging all over again, and so on. In the winter, they join mixed-species foraging groups.

Distribution of the Brown creeper in the USA