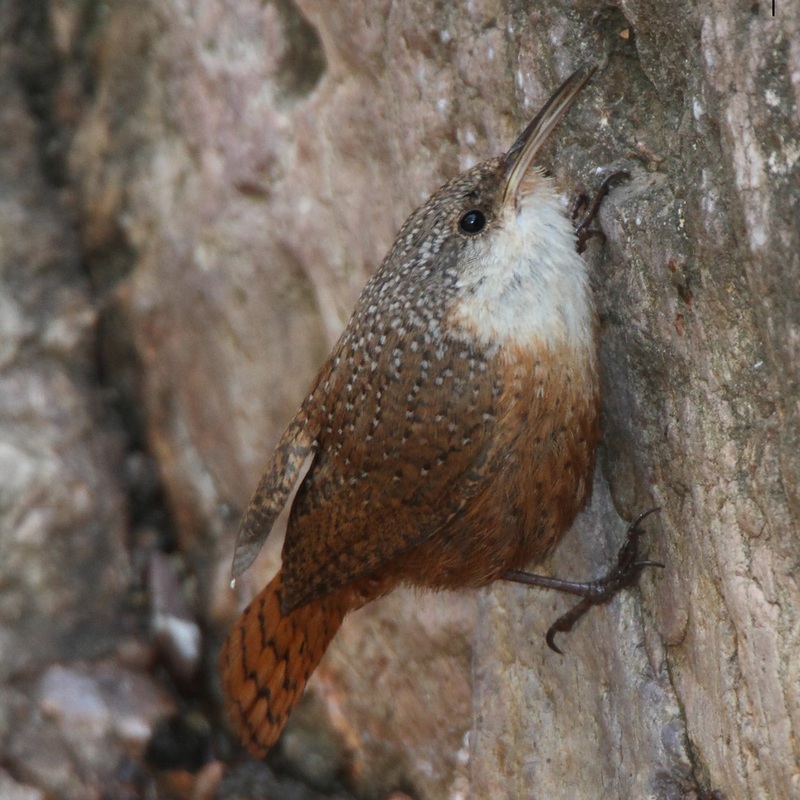 Known as the canyon wren, Catherpes mexicanus,  is a small songbird found in North America that belongs to the wren family, the Troglodytidae. It is found in arid, rocky cliffs, outcrops, and canyons throughout its range and is a resident species throughout its range. It is a small bird that is difficult to see in its rocky habitat; however, its distinctive, loud song can be heard throughout the canyons by those who are listening. It is the only species in the genus Catherpes, and it is currently classified as a monotypic taxon.

The coloration of the Canyon Wren is rusty brown on the upperparts, with a grey head and back. Description of Canyon Wren White spotting on the dorsal can be found in various degrees of concentration. It has a white appearance on the lower face, throat, and upper breasts. Black and white speckling can be found on the underparts of the bird’s chestnut back. The tail is a brownish color with black barring on the sides and back of the tail. The bill is long and slender, and the head appears to be flattened out.

Diet consists of rocky surface spiders and insects. The Canyon Wren occasionally catches flies. Long bill and flattened cranium allow it to forage in rock crevices. So it can get into small crevices.

The Canyon Wren is a sedentary species, though it may make brief movements up and down mountainsides in search of food. A number of birds withdraw from high elevations as well as the eastern and northern portions of their ranges during the winter months.

Distribution of the Canyon wren in the USA

The Canyon wren can be found from southern British Columbia all the way across the southcentral United States and down into Mexico, where it breeds.