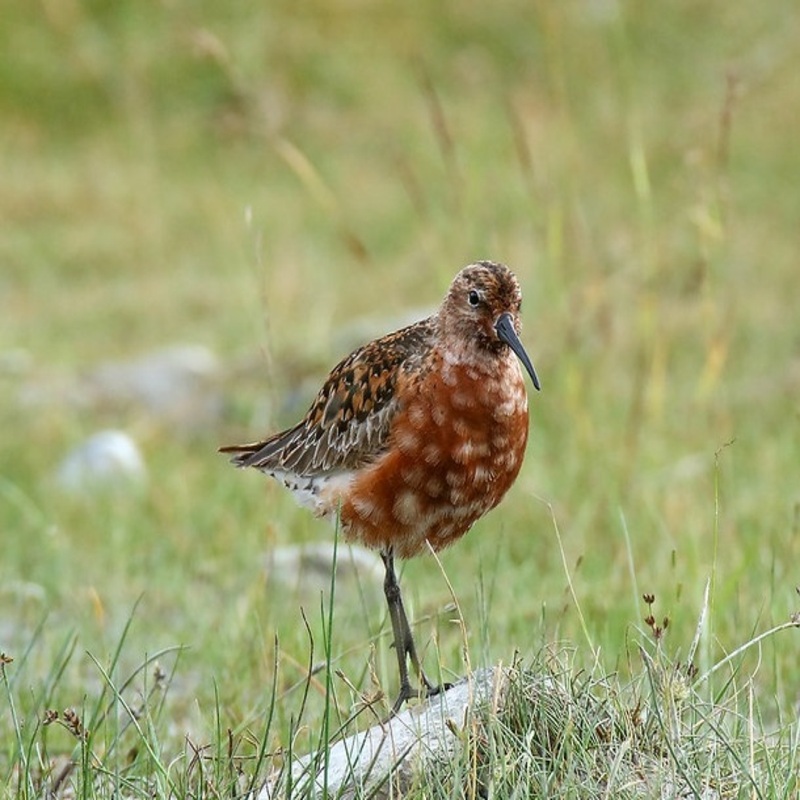 Curlew sandpipers (Calidris ferruginea) are tiny waders that breed in Arctic Siberia’s tundra. It is a migratory species, spending the winter primarily in Africa, but also in south and southeast Asia, Australia, and New Zealand. It is an invasive species in North America.

This sandpiper of medium size has mottled rufous, white, and black upperparts. The head, neck, and breast are all a vibrant rufous color, while the vent, undertail coverts, and underwings are all white.

Their diet consists primarily of snails, worms, insects, and other minute invertebrates such as crustaceans, mollusks, and worms, but they also consume seeds and other plant material on occasion.

Rare but consistent migrant to the east coast from New England to the Gulf, less common on the west coast; winters primarily in the Old World. Breeds on tundra and winters in estuaries, lagoons, and lakes.

They forage by swiftly probing the mud with their bill, frequently working in groups. They wade into belly-deep water and probe continuously as they traverse their habitat fast.

Distribution of the Curlew sandpiper in the USA

Breeds across Eurasia, with the exception of very few coastal locations in northern Alaska and the western Aleutian Islands.

The Curlew sandpiper can be found in the following states in the United States – Hawaii, North Dakota, South Dakota, Nebraska, Kansas, Oklahoma, Minnesota, and Wisconsin.