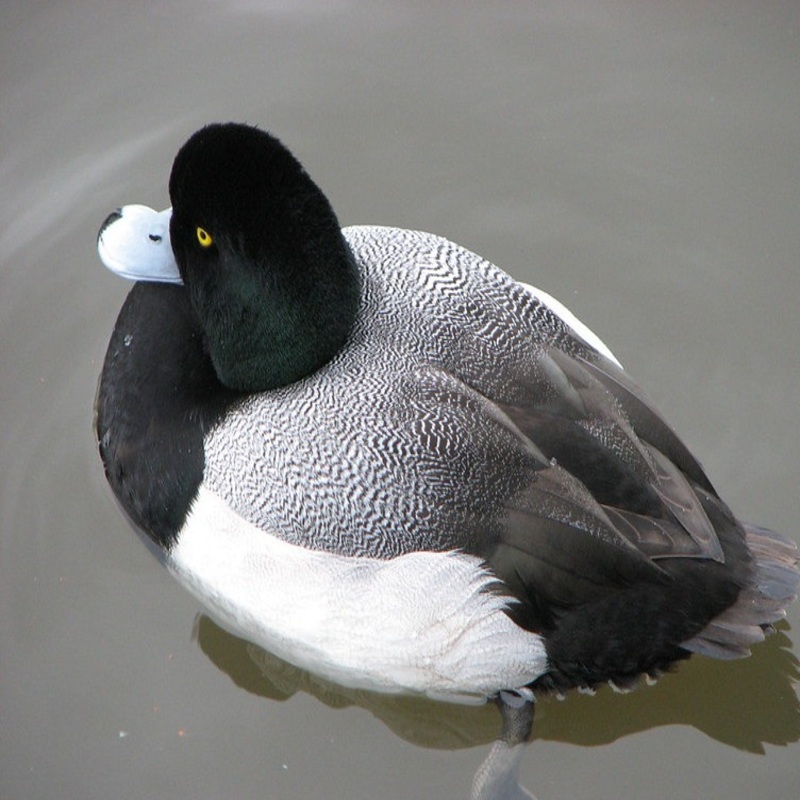 They begin breeding at the age of two but begin nest construction in the first year. The drakes’ courtship is intricate, beginning with the return migration to the summer mating grounds and culminating in the establishment of monogamous pairs. Females lay six to nine olive-buff eggs. In 24 to 28 days, the eggs hatch. Immediately after hatching, the down-covered ducklings may follow their mother in her search for food.

The glossy green-black head, white sides and belly, black tail, neck, and breast, and barred gray flanks and back distinguish this huge diving duck. Yellow eyes and a blue-gray beak with a black tip. Females are dull brown in color with a white patch on the face towards the base of the bill.

Mollusks and plant debris make up the majority of the collection. In the winter, the diet consists primarily of mussels, clams, oysters, snails, and other mollusks. In the summer (and possibly in the winter on freshwater), it feeds on plants such as pondweed, wild celery, sedges, and grasses; it also eats insects and crustaceans.

Greater Scaup breed in treeless wetlands in shallow lakes and ponds. They like wetlands with the higher ground for protection from the wind, shallow water with ample food, and submerged and emergent flora.

Greater scaup breed in the tundra and boreal woodland habitats; 75 percent of the North American population is expected to breed in Alaska. They nest almost exclusively on islands in huge northern lakes. Greater scaup begins breeding at the age of two, though they may begin nesting at the age of one. Drake greater scaup has a soft, quick whistle that they use to attract the attention of hens during courtship, which occurs between late winter and early spring as they return to their northern breeding grounds.

Distribution of the Greater Scaup in the USA

Breeds both in the Palearctic and North America, north of the Arctic Circle. Additionally, it is found throughout Asia and is a year-round resident of the Aleutian Islands. Breeds in Alaska, Canada, Siberia, and northern Europe throughout the summer. In the winter, it migrates down the North American, European, and Japanese shores.