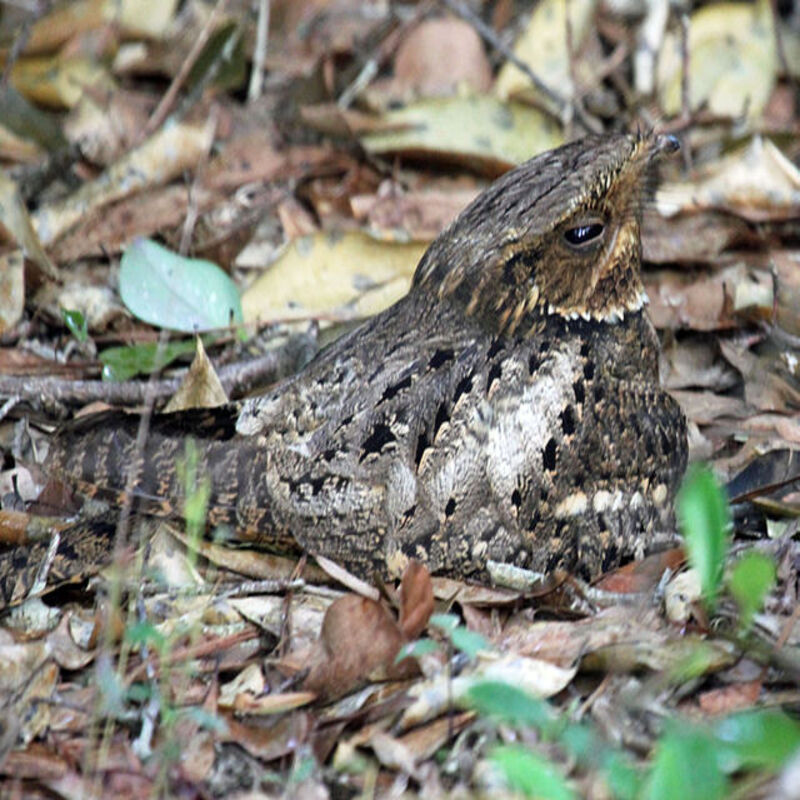 Known as the chuck-will’s-widow, Antrostomus carolinensis is a nocturnal bird belonging to the nightjar family Caprimulgidae, which includes the nightjars of North and South America. It may be found in the southeastern United States, among marshes, rocky uplands, and pine woodlands, among other habitat types. It travels to the West Indies, Central America, and northwestern South America during its migration season.

The upper parts of this bird exhibit a mottled brown, buff, and black color. Males display delicate white stripes on their tails when they are in flight. Males and females do not have a white flash in the wing when flying.

The majority of the insects are huge. It preys on huge night-flying insects, particularly beetles and moths, as well as a variety of other species. Small birds, such as warblers, sparrows, and hummingbirds, are also occasionally taken by the crow.

Breeds in shaded southern woodlands of several sorts, including open pine forest, oak forests, and the borders of wetlands, among other habitats. In the tropics, subtropical forests and lowland rain forests serve as wintering grounds for birds.

Chuck-will’s-widow has a brown, black, and gray color scheme throughout. Foraging and calling are most active during the early morning and late evening hours, similar to other members of the goatsucker family (such as the common nighthawk and eastern whip-poor-will). Chucks prefer to rest lengthwise along a huge tree branch throughout the day, where they are mostly passive.

Distribution of the Chuck-will’s-widow in the USA