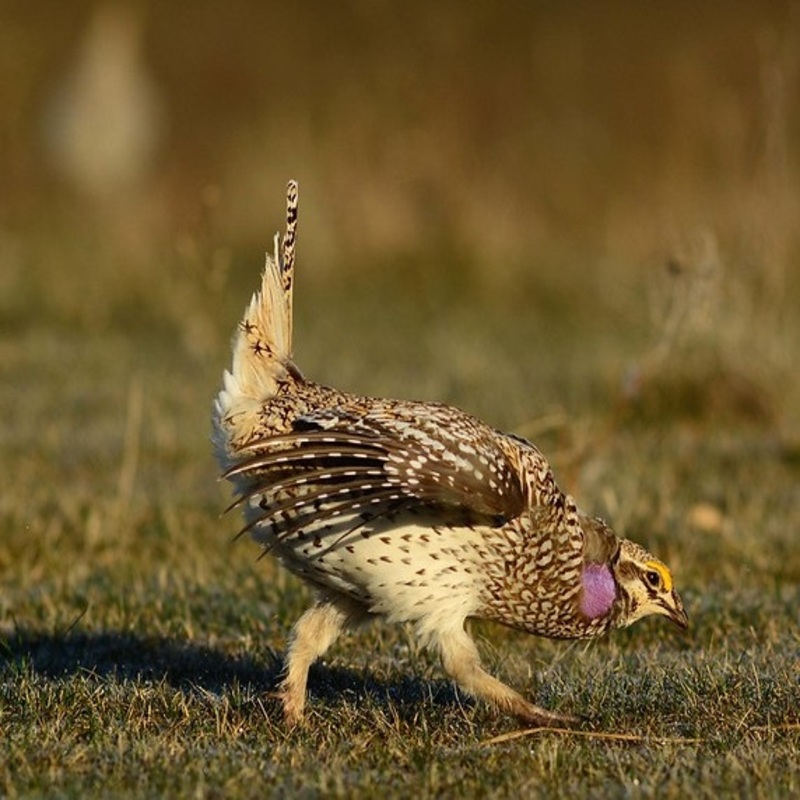 This species is found in prairies, bogs, agricultural regions, and open woodlands in the spring and summer. They migrate to higher elevations with larger shrubs and open wetlands in early autumn, where they spend the winter. Although sharp-tailed grouse do not generally migrate, they have been observed doing so during hard winters.

They are sociable birds. Sharp-tailed grouse are ground dwellers. When the grouse fly, it is not for long. These birds fly fewer than 100 meters per day and spend less time flying when on leks. Sharp-tail grouse usually soar over leks to warn other grouses of predators. The sharp-tail grouse flies with an average speed of 69 km/h. When a predator approaches their nest, female grouse disguise themselves as wounded to deter the predator.

Distribution of the Sharp-tailed Grouse in the USA

From inland Alaska to the southern shore of Hudson Bay, and south to northern Utah northeastern New Mexico, and the Upper Peninsula of Michigan.

The Sharp-tailed Grouse can be found in the following states in the United States – Minnesota, Montana, North Dakota, South Dakota, and Wyoming.