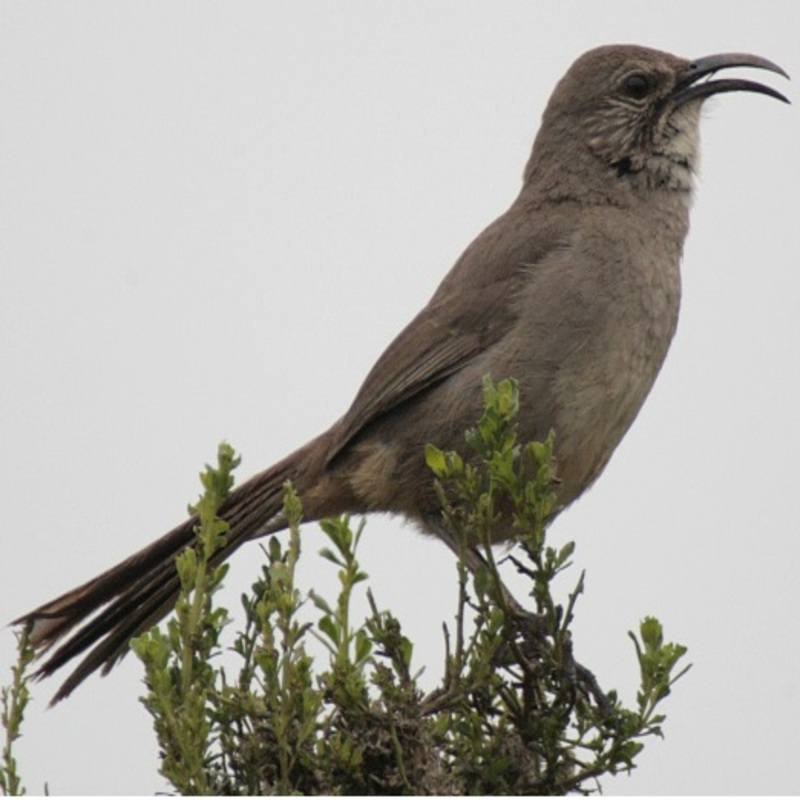 The Toxostoma redivivum, commonly know to be california thrasher, is a distinctive bird, with a long, decurved bill, a dashing style of running for cover with its tail raised, and a year-round habit of singing from the tops of coyote brushes in Edgewood Park’s chaparral.

The California thrasher is a large mimid found in Baja California. It is the only Toxostoma species in most of its range and it is in the family of Mimidae.

It has a long tail and a long decurved beak. It has deep grayish-brown upperparts and an olive tail. Contrary to most thrashers, its eyes are dark and it has a grayish buff supercilium. The underparts are buffy to tawny brown with smoky gray upper breast and flanks.

Beetles, spiders, and crickets are among the arthropods that it consumes on the ground.

It can be found in a variety of lowland, shrubby habitats, including chaparral, riparian thickets, arid shrub, and densely vegetated suburban areas, among other places.

Walks or hops between foraging stop on the ground. Runs quickly with its tail raised. Frequently seeks cover by running. Climbs through vegetation to a perch for singing or a nest. To find prey, their long bills dig vigorously in leaf litter and the soft ground beneath the cover.

These birds are commonly seeing all year round foraging in places in United States.

Distribution of the California thrasher in the USA

The California thrasher is actually a bird that is native to both Mexico and the United States. The California Thrasher has a population of about a quarter of a million individual birds, according to estimates.

The California thrasher can be occasionally found in the neighboring states of California in the United States – Arizona, Nevada, Oregon, and Washington.