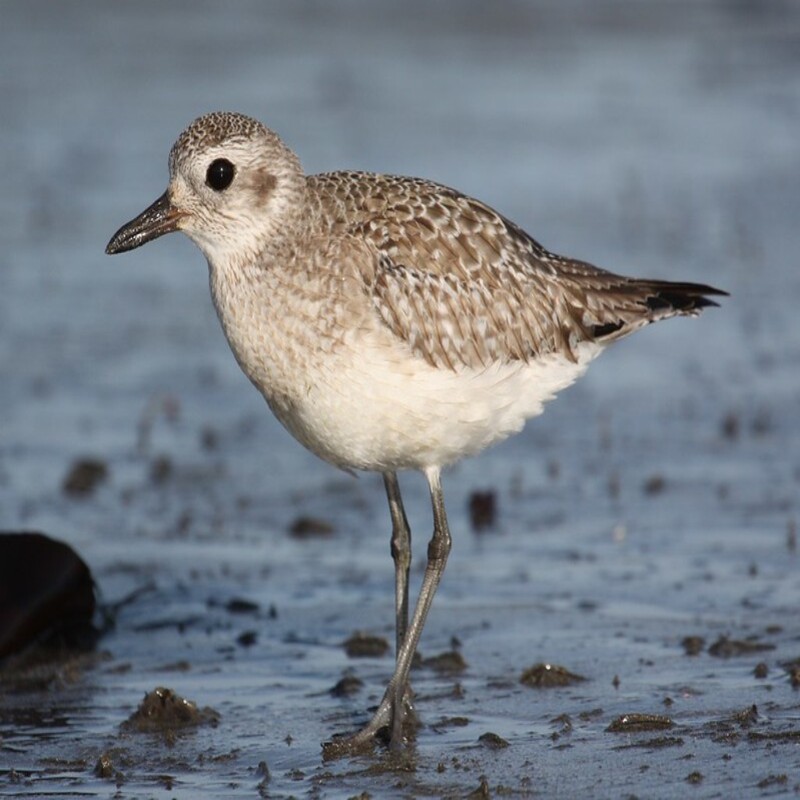 Gray plover or also known as the Black-bellied Plover, Pluvialis Squatarola in Latin is a medium-sized plover that breeds in Arctic areas. They belong to the family of Charadriidae. When not reproducing, it is a long-distance migratory with an almost global coastal range.

Males have noticeable alternate plumage: upperparts are white, mottled, and barred with black; females have more subtle patterns, often pale and dark brown. Males have pure black underparts from chin to upper abdomen; females have a heavy mix of black and white.

Black-bellied Plovers eat on polychaete worms, bivalves, and crustaceans on their wintering grounds. They feed mostly on insects on their nesting grounds.

The black-bellied plover is frequently found around coastlines, most often on wide mudflats and beaches, as well as adjacent farms. Though it is often found around these coasts, it will eat on interior plains and freshwater environments, particularly during migration.

They hunt visually rather than with their senses, as do longer-billed waders such as snipes. They mostly feed on insects, worms, and other invertebrates, depending on the habitat, which they collect by a run-and-pause approach rather than the constant probing technique used by certain other wader families.

Also known as the Gray Plover.

Distribution of the Black-Bellied Plover in the USA

Breeds in western and northern Alaska, as well as the Arctic region of Canada. Winters mostly along the coastlines between British Columbia and Massachusetts and southern Mexico and the West Indies. During migration, these birds could be seen in the eastern part of the United States Maine, New Hampshire, Massachusetts, Rhode Island, Connecticut, New York, New Jersey, Delaware, Maryland, Virginia, North Carolina, South Carolina, Georgia, and Florida.