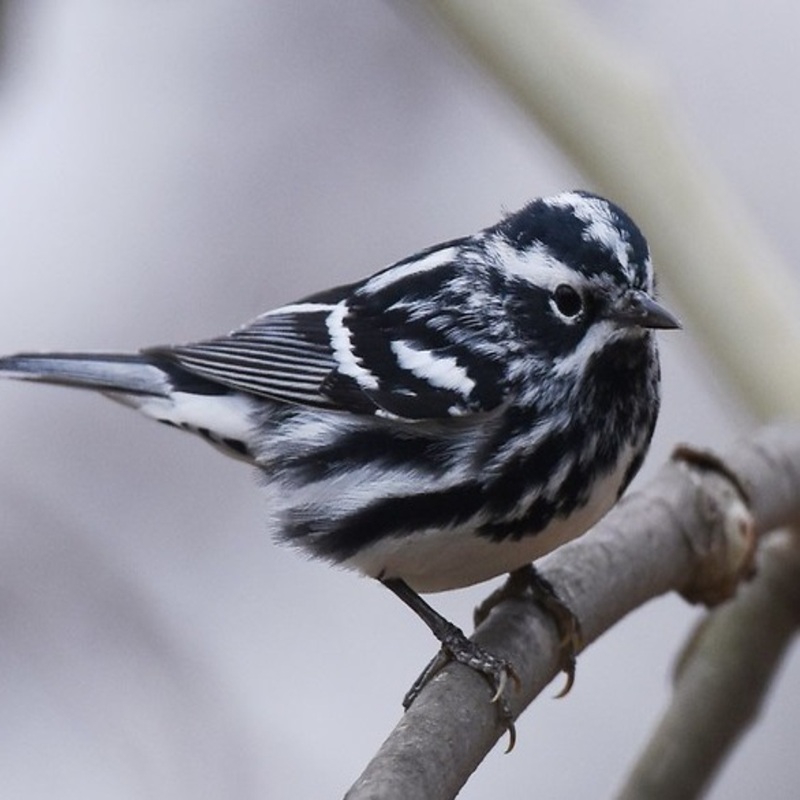 The black-and-white warbler (Mniotilta varia) is a New World warbler species that is the sole representative of the genus Mniotilta. It is understudied in comparison to other New World warblers.

Deciduous and deciduous-conifer woods, particularly on hillsides, ravines, and swampy forests, are preferred nesting habitats. Mniotilta varia breeds from April to August. Males are the first to arrive in the spring.

The Black-and-white Warbler has a longer hind claw and heavier legs than other wood-warblers, which aids it in grasping and moving about on bark. This aggressive behavior extends to the wintering grounds, where they defend territory and even drive other Black-and-white Warblers away while eating in mixed groups.

Distribution of the Black-And-White Warbler in the USA