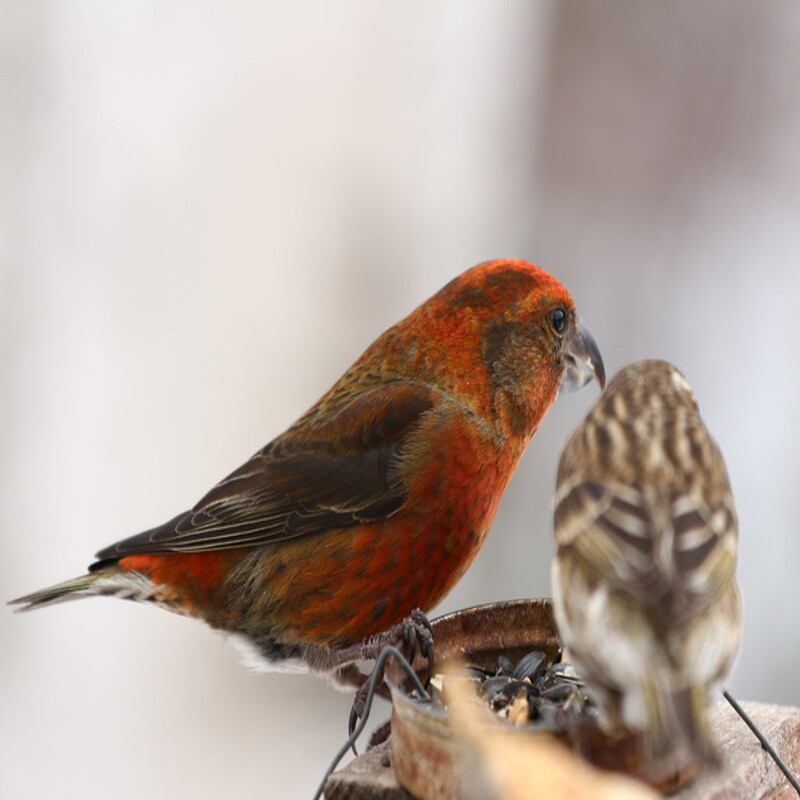 The red crossbill, Loxia curvirostra is a small passerine bird belonging to the finch family Fringillidae. Crossbills have distinct mandibles with crossed tips that they use to extract seeds from conifer cones and other fruits.

A medium-sized finch with a reddish-orange body and a brighter red rump, as well as dark brown wings. The bill is dark and has a crossed tip. The tail has been notch. Gray-black legs and feet.

This species is found in mature evergreen forests with abundant cone crops. This species feeds on the seeds of spruce, Douglas-fir, eastern and western hemlock, and pine trees.

Red Crossbills typically forage for seeds in cones that are still attached to branches, although they may forage on fallen cones in the spring and summer.

Distribution of the Red crossbill in the USA

Breeds in southern Alaska, Manitoba, Quebec, and Newfoundland, south to northern Nicaragua in the west, and in the eastern United States to Wisconsin and North Carolina in the east (in mountains). Winters infrequently south to the Gulf Coast, as well as in Eurasia.