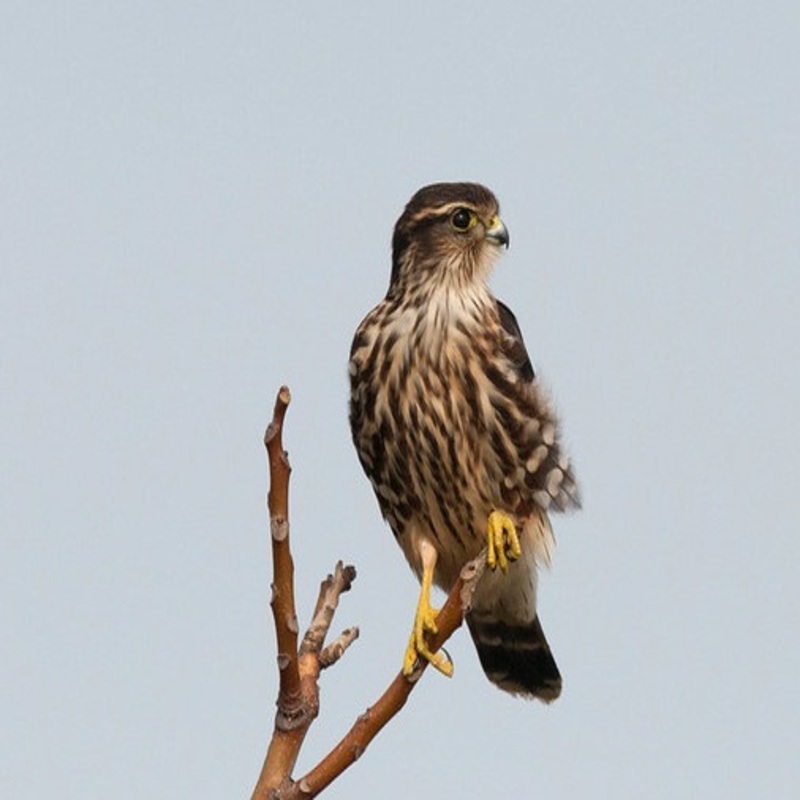 Known as the merlin, Falco columbarius is a tiny falcon found in North America and Eurasia in the family of Falconidae. The merlin is a raptor that nests in the northern Holarctic and migrates to subtropical and northern tropical areas in the winter. Males have wingspans of 53–58 cm (21–23 in), females are somewhat bigger. They are excellent hunters who feed on tiny birds ranging from sparrows to quail.

There are no known threats to Merlins in the wild. Merlins seldom dwell in woods, although they breed in coniferous forests in the Northern Hemisphere.

It is a solitary bird except during breeding season. During this time, the male and female raise the young. The female stays on the nest while the male hunts. The male rarely visits the nest, leaving them prey for the female to retrieve. When the pups are older, both sexes hunt.

Distribution of the Merlin in the USA