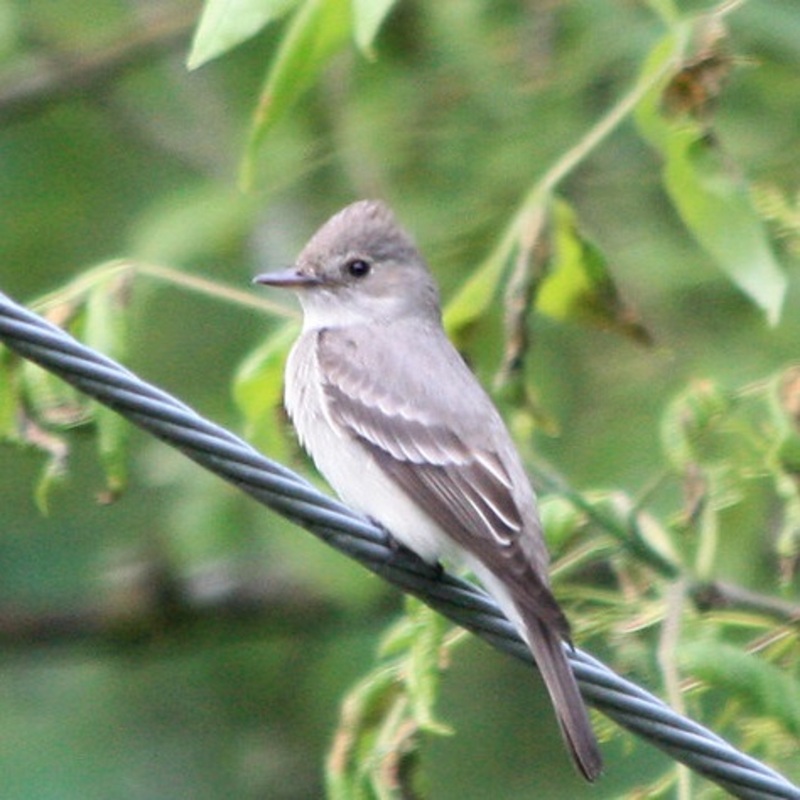 The American gray flycatcher or simply gray flycatcher, Empidonax wrightii is a tiny insectivorous passerine in the tyrant flycatcher family found in North America. It is prevalent in western North America’s desert regions, particularly the Great Basin. This flycatcher forages hunts insects from shrubs or low tree branches in a variety of habitats, from sagebrush steppes to pinyon-juniper woodlands and ponderosa pine forests.

Gray Flycatchers hunt for insects deftly in sagebrush, pine, and juniper areas, frequently extremely low in the plants and occasionally on the ground.

The Gray Flycatcher nests in sagebrush areas and open juniper and pinyon pine woodlands, a drier habitat than that of the majority of its relatives.

Distribution of the Gray flycatcher in the USA

The Gray flycatcher can be found in the following states in the United States – Washington, Oregon, Idaho, Colorado, Nevada, Utah, and Oklahoma.