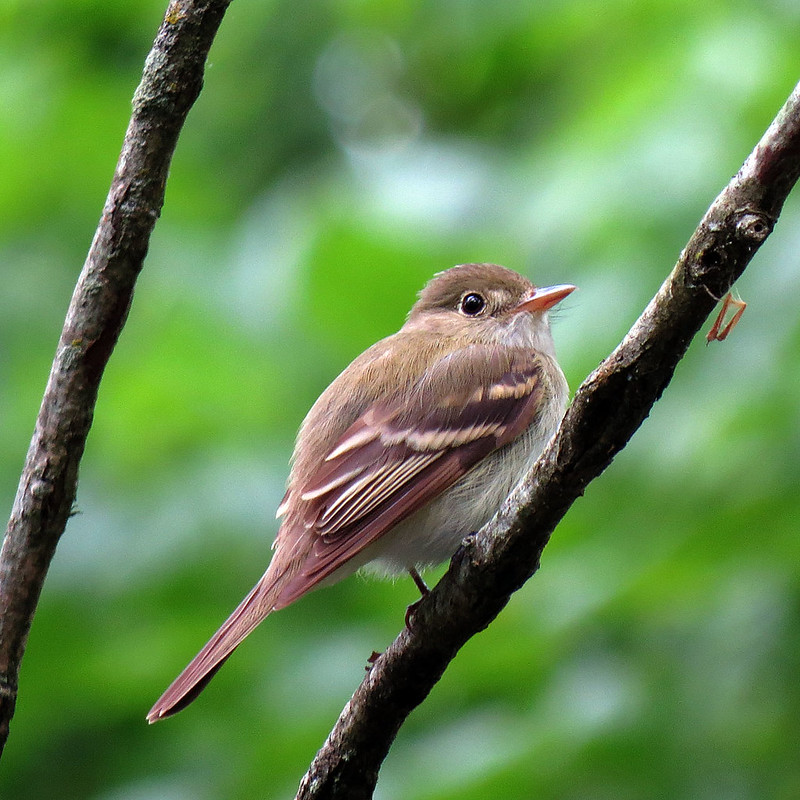 Acadian flycatchers feed on insects. It perches on a limb and awaits its approach. It then swoops down and snatches the insect in mid-air. Additionally, it collects insects from vegetation.

It is found in beech, maple, and hemlock forests, mainly beneath the canopy, but occasionally in clearings and wooded ravines.

It feeds largely via gleaning and sally-hovering on insects and other arthropods, preferring the undersides of leaves. Aerial hawking and ground feeding techniques are occasionally used to capture animals. Occasionally, small amounts of fruit are consumed.

Distribution of the Acadian flycatcher in the USA

It breeds in deciduous woodlands, frequently near bodies of water, throughout the eastern United States and southwestern Ontario. These migrants pass through eastern Mexico and the Caribbean on their way to southern Central America and the far northwest of South America, where they winter in Colombia, western Venezuela, and Ecuador.