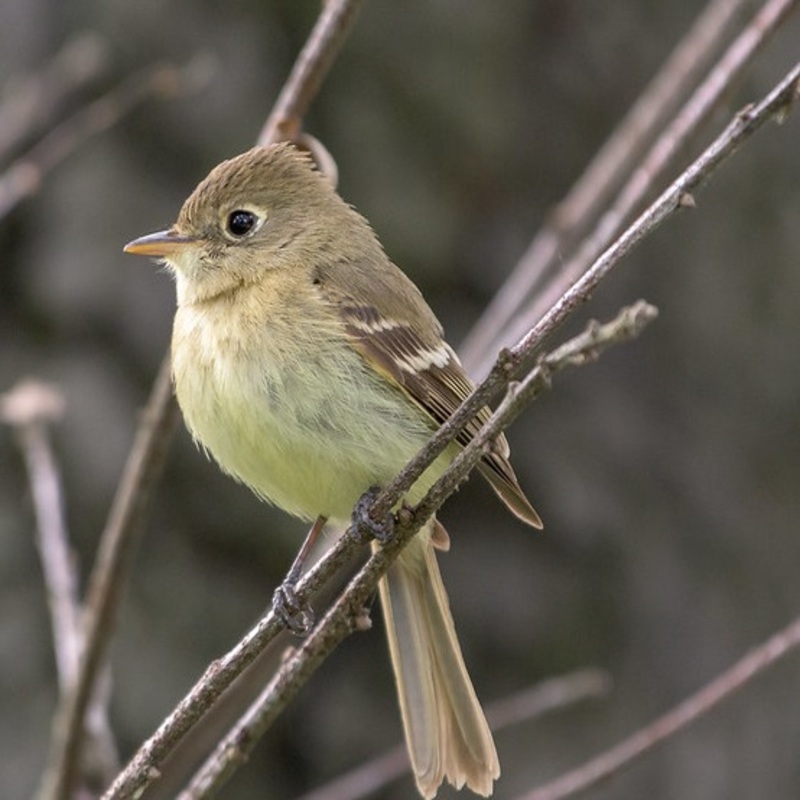 The Pacific-slope Flycatcher, Empidonax difficilis is a small insect-eating bird belonging to the Tyrannidae family. It is native to western North America’s coastal regions, including the Pacific Ocean and the southern Gulf of California, as well as northern British Columbia and southern Alaska, but has been displaced by the Cordilleran Flycatcher in the inland regions.

As a flycatcher, it will perch and, upon spotting a flying bug, will pursue it without apparent effort. They contribute significantly to the control of insect populations, particularly mosquitoes, and also consume caterpillars and spiders.

Distribution of the Pacific-slope Flycatcher l in the USA

This species breeds from southern Alaska to northern Baja California, along the Pacific Coast. Breeding occurs as far inland as western Alberta. Winters south of the US-Mexico border, along the coast of Mexico, from Baja California.

The Pacific-slope Flycatcher can be found in the following states in the United States – Washington, Oregon, Nevada, Colorado, Wyoming, and Montana.