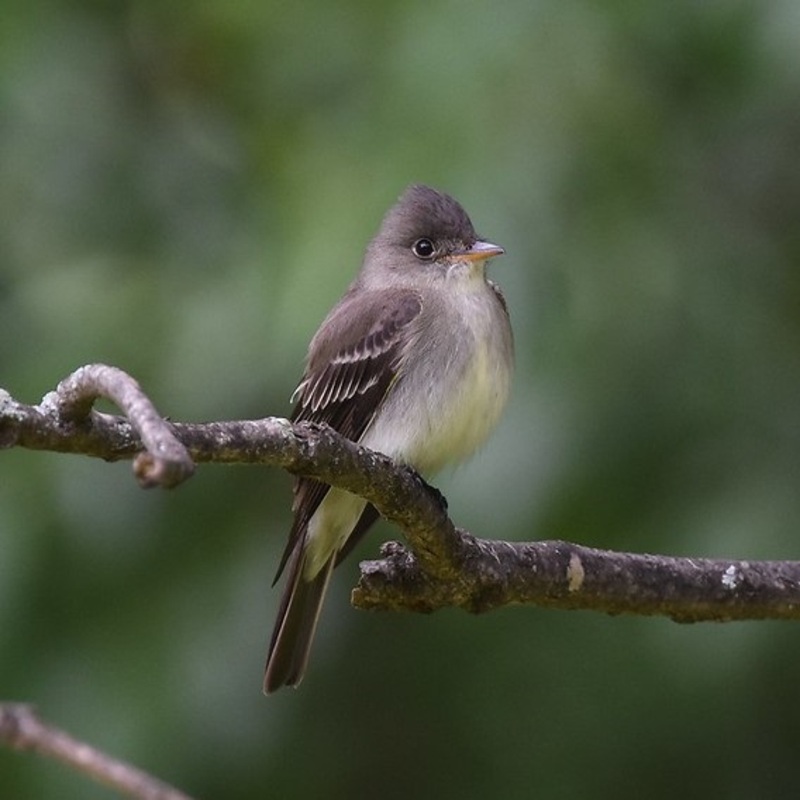 The eastern wood pewee, Contopus virens is a tiny North American tyrant flycatcher. Previously, this bird and the western wood pewee were treated as a single species. Both species are nearly identical in appearance and are most easily distinguished by their cries.

They are coated in grayish feathers with olive and yellow highlights and have white and gray wing bars. Their beak is black or dark brown at the tips and orange-yellow at the base.

Their breeding habitat in eastern North America is deciduous, mixed woodlands, or pine plantations. They move to Central America, the Caribbean, and northern South America’s Andes region. They are omnivorous, feeding on insects and other arthropods.

Eastern wood-pewees is a diurnal, sociable species, with males attacking other males when their song rhythm is altered. Male eastern wood pewees are extremely territorial, especially during the breeding season; males may assist females in raising two nests at the same time.

Distribution of the Eastern Wood-Pewee in the USA

Breeds along the eastern Great Plains and along the Atlantic coast, from southern Canada to northern Florida, the Gulf Coast, and central Texas. Tropical winters.