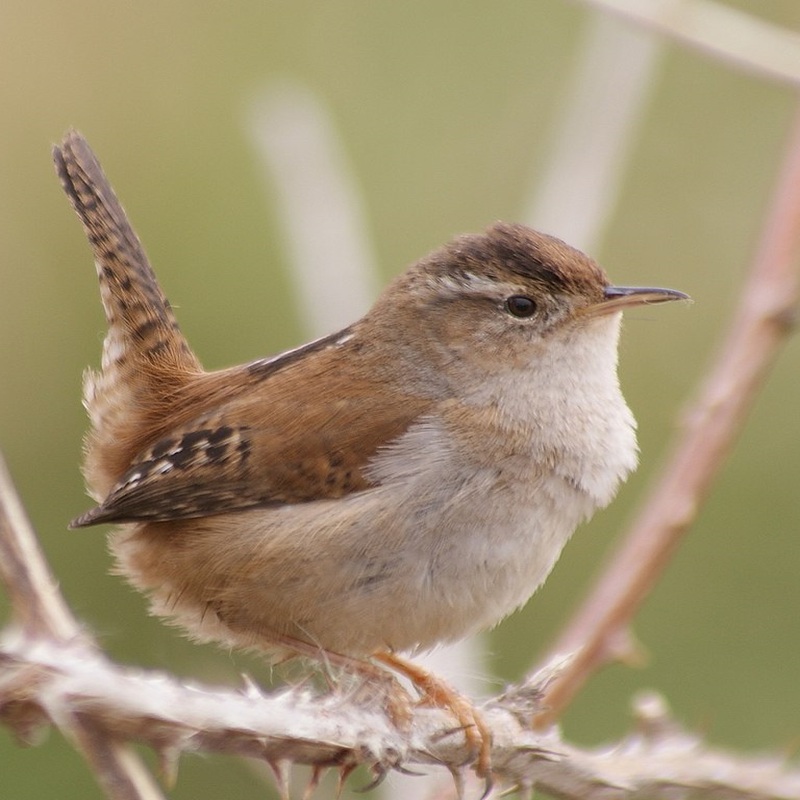 This wren’s diet consists solely of insects that it collects from plants as well as the water’s surface. Because it is such a secretive bird, even the singing territorial male keeps his location a secret by briefly climbing a cattail to get an unwelcome look at an intruder.

The Marsh Wren is a small wren, weighing between 9.0 and 14.0 grams. Both sexes have similar plumage. White superciliary stripes, warm-brown upperparts with faint black bars, buffy sides, and breast, whitish below, dark barring on the tail. Their bill is brown and they have brown eyes. Men are bigger than women, though body size varies by region.

Mosquitoes, spiders, and aquatic invertebrates are all eaten by Marsh Wrens. Marsh Wrens forage on or near the marsh floor, catching insects from vegetation and the water’s surface.

Marsh Wrens inhabit a range of wetlands. Most Marsh Wren habitat is dominated by cattails and bulbrush. This wren inhabits salt and brackish marshes as well as freshwater. Winter range habitat is similar to breeding range habitat.

Males defend 60-10,000 m2 during the breeding season. Territory size is probably inversely related to male quality and positively related to male territory quality. Territorial quality predicts resident male reproductive success. Females defend their sub-territories fiercely against intruders. The males chase each other through disputed areas of the territory and sing energetically during the encounter.

Distribution of the Marsh wren in the USA

The Marsh wren breeds from the Atlantic coast to Nebraska and from southern Illinois to northern Illinois. Their species is a year-round resident in the west. Breeding and resident populations exist along the southern Atlantic and Gulf coasts. During winter in Florida as well as the southwestern states of New Mexico, Arizona, and Texas.