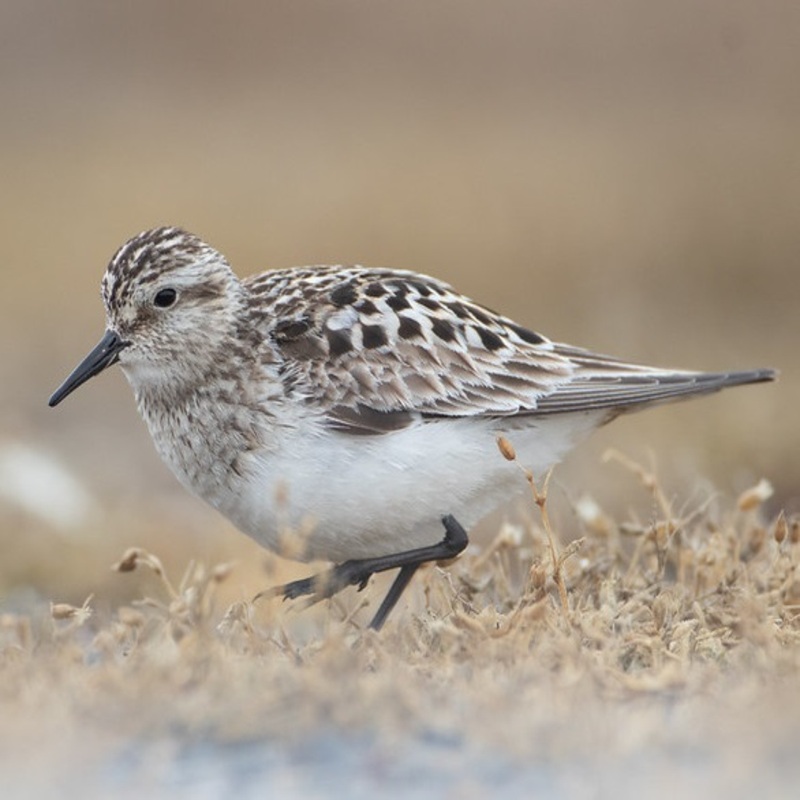 Baird’s sandpiper is a tiny shorebird (Calidris bairdii). It is one of the calidrids that were previously classified in the genus Erolia before being absorbed into the genus Calidris in 1973. The genus name derives from the Ancient Greek kalidris or skalidris, Aristotle’s word for several grey-colored waterside birds. The English name and specific epithet bairdii honor Spencer Fullerton Baird, a nineteenth-century naturalist and Smithsonian Institution assistant secretary.

Baird’s sandpiper feeds on insects, larvae, grasshoppers, and spiders. It feeds primarily on land, although occasionally in shallow water.

They forage for food by picking it off relatively dry substrates such as baked mud, sand, or grass. Their food capture technique differs. They primarily peck for food or probe seldom. Baird’s Sandpipers are less likely than other sandpipers to feed in the water.

Distribution of the Baird’s sandpiper in the USA

Breeds in the Arctic region, stretching from eastern Siberia and Alaska to northwestern Greenland. Winters in South America and migrates primarily through North America’s interior; infrequent along the Atlantic and Pacific coasts.