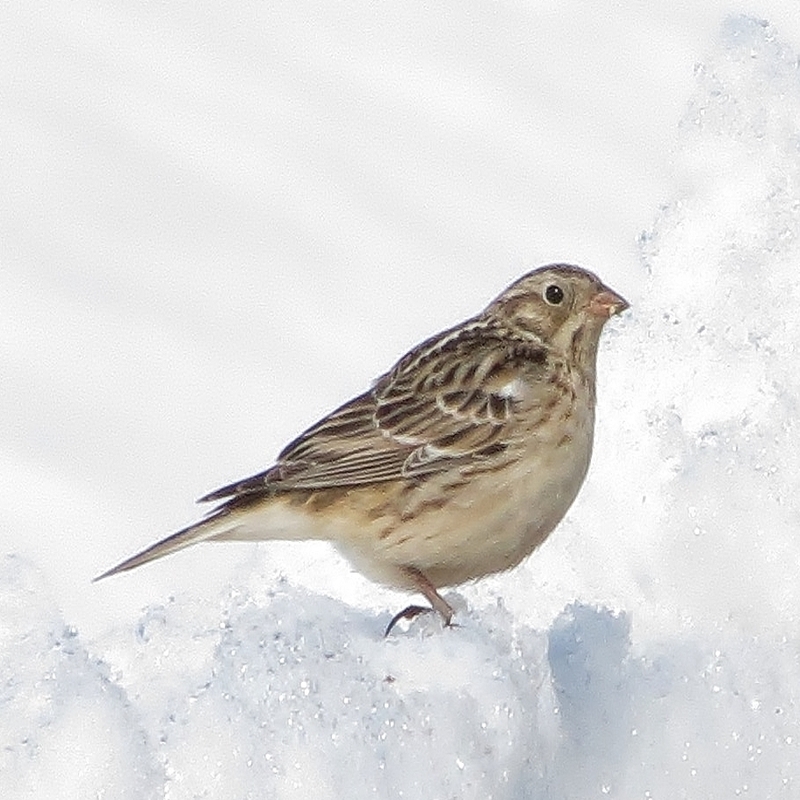 The Calcarius pictus or commonly called Smith’s longspur is a species of bird belonging to the Calcariidae family, which also includes the other longspur species. Breeding in northern Canada and Alaska and wintering in the southern and central United States, this bird of open habitats is a bird of prey for other birds. It is primarily a seed-eating bird that feeds on the ground in the spring and summer, supplementing its diet with insects in the summer.

A medium sparrow, with yellow-brown streaked upperparts, a black head with a white eye patch and a white eyebrow, and yellow-brown nape, throat, and underparts, are the specific characteristics. Large white bars are visible on the wings. The tail is black with white edges and a white center. Legs and feet that are yellow-brown in color.

On the tundra, it feeds on seeds, insects, and spiders. During the winter, it primarily feeds on seeds and forages on the ground.

These species spent their winters on open grassy plains in the Arctic tundra and forest edges.

Men do not defend their territories because they nest in small groups of females. The female constructs a grass cup nest on the ground, in which she lays three to five eggs. Males and females are both capable of having more than one mate. The young birds are fed by their parents, who are usually one female and possibly more than one male.

Distribution of the Smith’s longspur in the USA

This bird breeds in open grassy areas near the tree line in northern Canada and Alaska, where it can be found in large flocks. When it’s winter, they congregate in open fields, such as airports, in the southern and central United States.