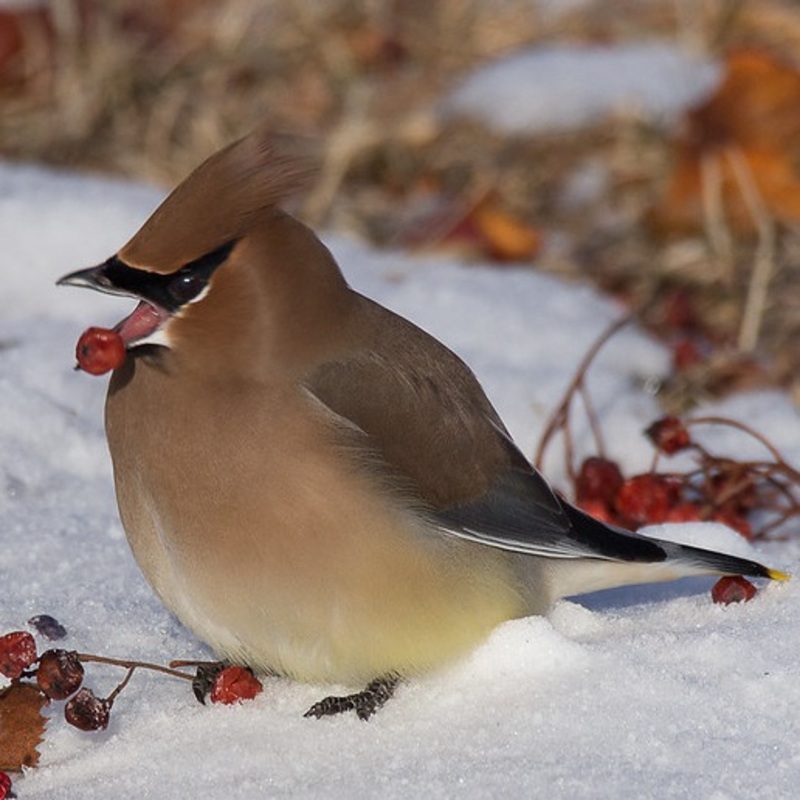 Bombycilla cedrorum, the cedar waxwing is a waxwing in the Bombycilllidae family member. It is brown, gray, and yellow in color. Its waxy wingtips earned it the moniker. It breeds in open forested regions in southern Canada and winters in the southern part of the US, Central America, and far northwest South America. It eats cedar cones, fruit, and bugs. The IUCN lists the cedar waxwing as Least Concern.

Cedar waxwings have silky plumage. They are 15.5 cm long and weigh 32 g. Adults are dark with pale yellow breasts and bellies. The tail is square with a brilliant yellow band at the tip of the secondary wing feathers. crest and a black mask bordered with white.

During the winter, cedar waxwings only consume fruit. They feed mainly on cedar berries, especially in the north. The birds pull the fruit off the tree using their beaks. They do this whether seated or upside-down. They can also hover and pick fruit from trees. Cedar waxwings also consume berries from other winter-bearing plants, such as hollies.

Those with lots of tiny trees and bushes for nesting and feeding are where cedar waxwings nest. However, they use farms, orchards, conifer plantations, and residential gardens as well as riparian habitats for nesting bushes and trees.

Distribution of the Cedar waxwing in the USA