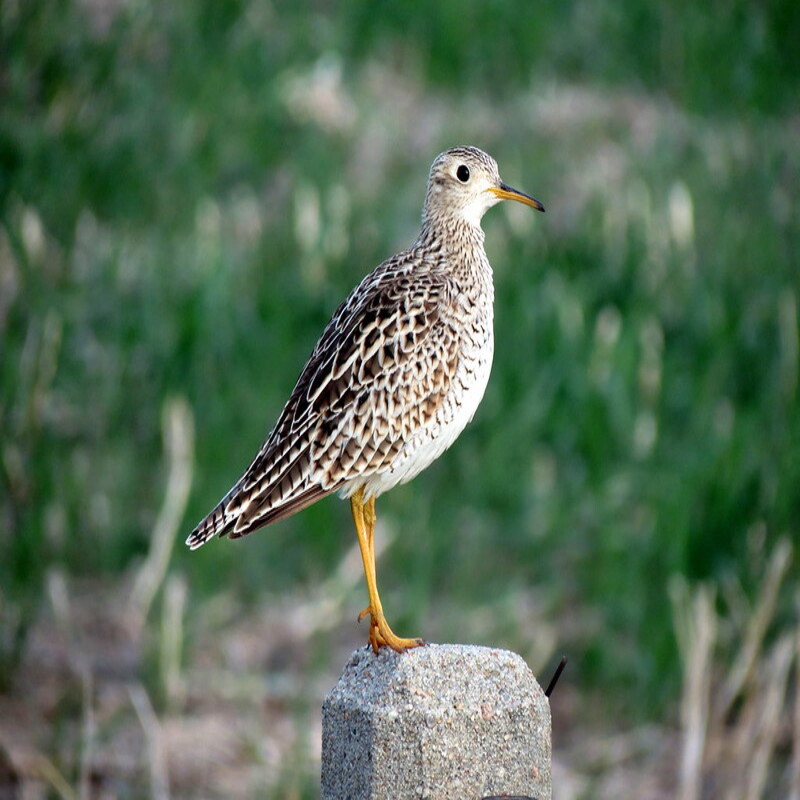 Upland sandpipers (Bartramia longicauda) are huge sandpipers that are closely related to curlews. The upland plover and Bartram’s sandpiper are older names. It is also referred to colloquially as the papabotte in Louisiana. It is the sole species belonging to the genus Bartramia. Both the genus and the former popular name Bartram’s sandpiper are named in honor of the American naturalist William Bartram. Longicauda is derived from the Latin words longus, “long,” and caudus, “tail.”

A large bird with dark speckled upperparts and a black rump. The chin, neck, and throat are all white. Dark chevrons run down the breasts and sides, with a white tummy. Cap is dark, with white eye-rings. The bill is slender, olive-brown, and decurved at the tip.

It is occasionally referred to as the “shorebird of the prairie.” It prefers open prairies, grasslands, pastures, wet meadows, and hayfields as habitats. Its population has dropped precipitously since the late 1800s as a result of hunting and habitat destruction.

Upland sandpipers feed in fields, relying on sight to locate food. They are frequently observed perched atop fence posts and even telephone poles. When a “uppy” alights, it briefly holds its wings up. They continually scan the horizon for potential intruders.

Distribution of the Upland Sandpipers in the USA

Breeds from central Maine to Alaska, from the southeast to northern Oklahoma; and from the east to New England. Throughout the southern states during migration. Winters in southern Brazil and south-central Argentina.