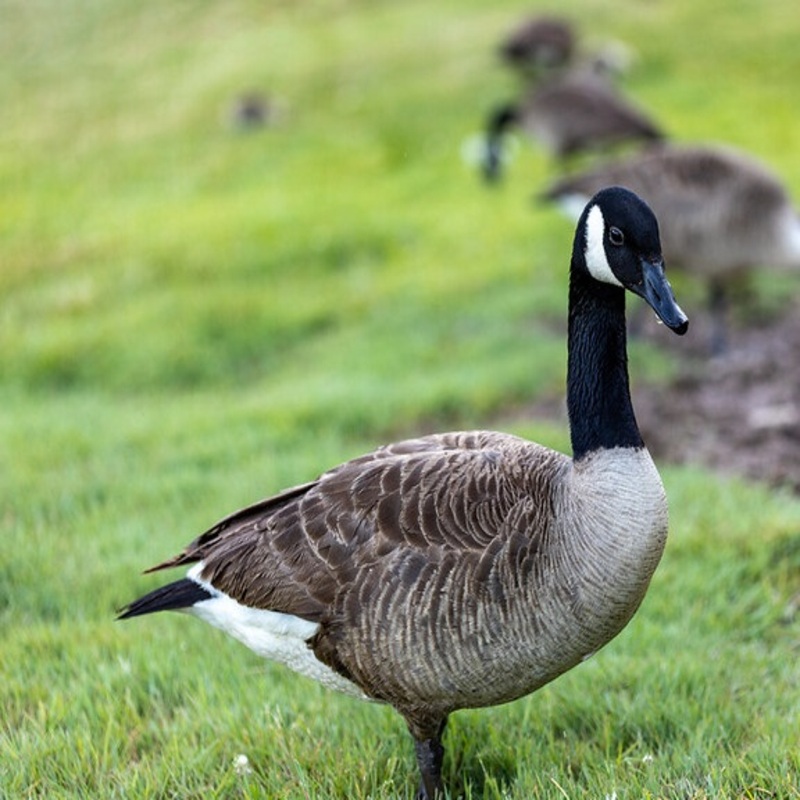 The Canada geese (Branta canadensis) is a huge wild bird with a black head and neck, white cheeks, and white under its chin. Its body is brown. It is endemic to North America’s arctic and temperate zones, and it is occasionally encountered in northern Europe during migration across the Atlantic.

These geese are huge wild birds with a black head and neck, white cheeks, and white under their chin. Its body is brown.

When on land, the Canada goose feeds on a variety of vegetation. It feeds by gripping a blade of grass with its beak and tearing it apart with a head movement. When available, the Canada geese also consume beans and grains such as wheat, rice, and corn.

Canada geese inhabit a diverse range of ecosystems, including lakes, bays, rivers, and marshes. It is frequently found feeding in broad fields and meadows.

Canada geese fly in a v-formation, which is extremely energy efficient, as is flying with the wind. This configuration during flight is referred to as a “wedge” or “skein.” The lead position in the “wedge” is rotated since it is the most energy-intensive flight position. This approach enables Canada geese to fly up to 2,400 kilometers in a single day. Geese flocks are frequently loud and interact with one another during flight.

Distribution of the Canada Geese in the USA

Breeds from Alaska to Baffin Island in the east, and from California to Oklahoma and Georgia in the south. Winters in southern Mexico and along the Gulf coast; it is also common resident of municipal parks and reservoirs.